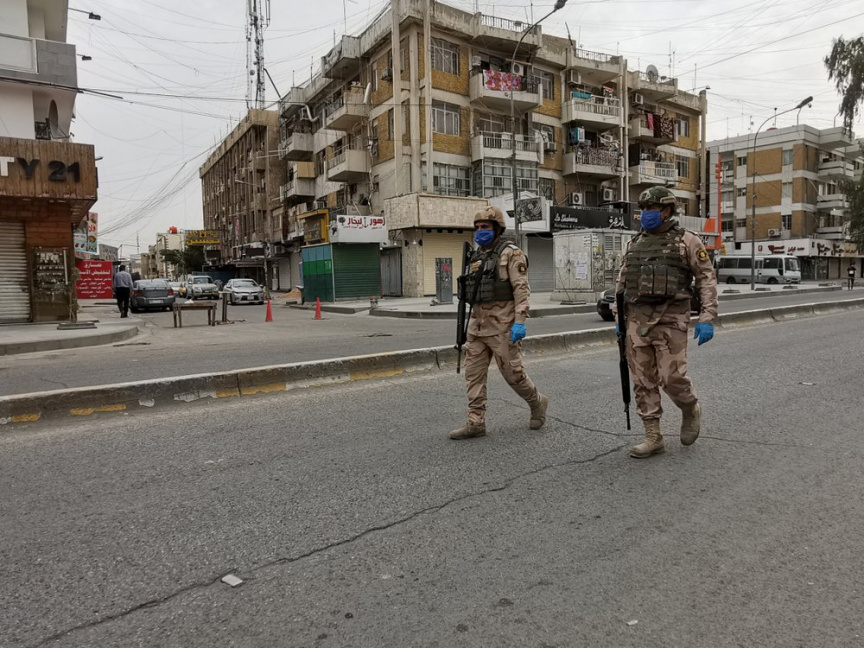 BAGHDAD (AP) — Islamic State militants killed at least 10 Iraqi militiamen in a coordinated assault overnight near the central city of Samarra, security officials said Saturday. The attack added to concerns the extremist group that once controlled large areas of the country is staging a comeback.

The military and the Popular Mobilization Forces, an umbrella group of mostly Shiite militias allied with the government, confirmed the attack in separate statements. It was the deadliest of a series of attacks in recent weeks that come as authorities are grappling with a worsening economic crisis and trying to contain a coronavirus outbreak.

Iraq declared victory over IS in December 2017 after a costly three-year campaign. At its height, the group controlled around a third of Iraq and neighboring Syria, which it governed in accordance with a harsh and violent interpretation of Islamic law.

In recent months, remnants of IS have exploited security gaps resulting from a territorial dispute between Iraq’s central government and the autonomous Kurdish region in the north, as well as the withdrawal of U.S. forces in a planned drawdown.

Prime Minister-designate Mustafa Kadhimi, who is expected to present his proposed Cabinet to parliament next week for a vote, expressed his condolences to the families of the killed in a statement on Twitter.

“Their blood will not go in vain,” the statement said. “Our security forces will continue to pursue terrorists until we clear our land of its abomination.”

Last week a suicide bomber targeted an intelligence office in the northern city of Kirkuk, wounding at least three security forces in the first such attack in months.

The coordinated attack occurred around 60 miles (95 kilometers) north of the capital, Baghdad

Death toll rises to 92 in blaze at Iraq Covid ward

Explosives experts working to defuse mine on oil tanker