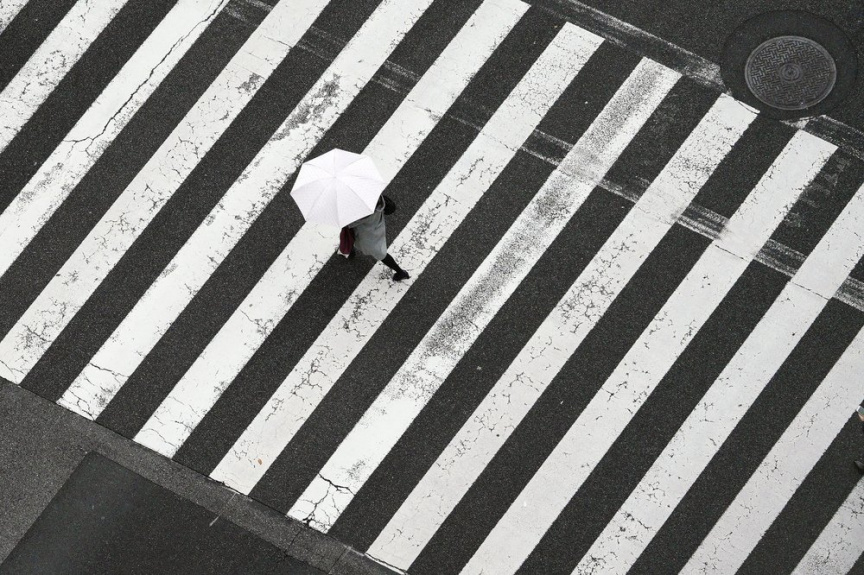 In this Dec. 19, 2019, photo, a woman walks on the pedestrian crossing in the rain in Tokyo. (AP Photo/Eugene Hoshiko)

At a time when the COVID-19 pandemic has grabbed the attention of the world, some countries have grabbed even more attention with how they handle the pandemic.

Countries such as South Korea have been praised for how they have handled the pandemic, while the governments of countries such as the USA and Chile have come under criticism.

Japan is also one of those countries that has decided to handle the pandemic virus in a way that has raised some eyebrows. With no official lockdown in place, many are trying to understand how and why they are handling the situation like this.

The first thing you need to know is that there is so little testing for COVID-19 in Japan that when compared with Germany or South Korea, Japan's testing figures look like they are way behind.

Tokyo, one of the most populous cities in the world with a population of 9.3 million, is the center of Japan's epidemic. Since February, just 10,981 people have been tested for COVID-19 in the city. Of those, just over 4,000 were positive.

Compared to the testing conducted, the number of people positive for the virus is strikingly high.

However, Japan is looking to maintain its policy. Its policy to test people who are already quite sick. In fact, the official guidelines for doctors of the country say they should only recommend a test if the patient has pneumonia.

That is the reason why the level of testing actually done in Japan is about half of the capacity according to a health ministry official, even weeks after the government has started to ramp up it's testing.

In a sense, Japan is testing only those who are very sick, and the fact that the medical care of the country is so good is the reason why it has recorded so few deaths compared with the numbers of other countries. Japan has recorded just around 400 deaths.

"From the physician's point of view, it makes sense," Professor Kenji Shibuya of Kings College London says. "Forget about mild cases, focus on cases with major symptoms, and save lives. Focus testing on those who have symptoms."

But from a public health point of view, Japan's refusal to test more widely is incredibly risky says experts who claim that the country has a massive community outbreak and is missing out on hundreds of mild or asymptomatic cases of the virus. The experts also expressed growing concern over the situation.

"Currently 70%-80% of new infections recorded in Tokyo do not come from any previously known cluster," says Dr. Yoshitake Yokokura, the head of the Japan Medical Association. "We need more prompt testing and we need the results more quickly."

According to official figures, the number of new infections in Tokyo has now been falling for over a week

"I would like to believe the numbers are really decreasing," says Dr. Yokokura, "but the number of tests is insufficient to tell that."

."It is not possible to lift the state of emergency at this stage," says Dr. Yokokura. "We need a sustained decrease in new cases, and we need the reproduction rate (the number of people that one infected person will pass the virus onto, on average) to be well below one to do that."

"Without much wider testing," he says, "it will be very hard to end this pandemic."