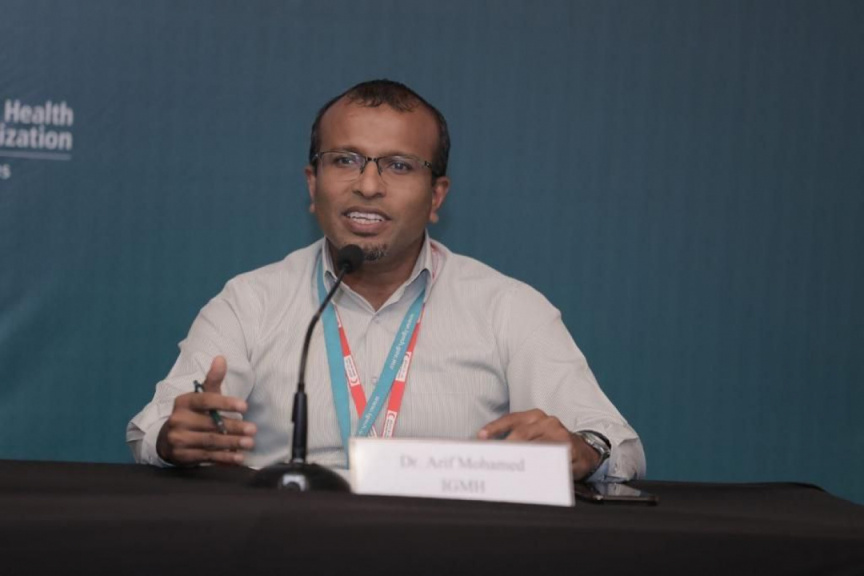 IGMH has stated that 55 people have referred to the hospital regarding psychological issues posed due to the COVID-19 pandemic, after contacting the Psychosocial support (PPS) hotline established by the Maldives Red Crescent.

Due to the ongoing situation with the pandemic, the number of psychological issues being reported is on the rise.

Ina press conference held today, IGMH’s psychiatrist, Dr. Arif Mohamed stated that the most severe cases had been referred to the hospital, including individuals in quarantine and isolation facilities. The hospital had provided assistance to these individuals.

“The number of cases consulted with IGMH is 615. Compared to the same period last year, that is twice the number of cases. We estimate the figure will keep on increasing in the future.” Said Dr. Arif.

Maldives Red Crescent program officer Maeedh Mohamed, speaking at the presser stated that an assessment of the case would be conducted at first after which the individual would be closely monitored. If the case is a severe one, the individual is referred to IGMH, said Maeedh.

Maeedh noted that the Red Crescent conducted an assessment to forward the case to professional mental health support. Since the PPS desk was established, a large number of calls had been received to the hotline and the officials had assisted 1,468 individuals. The community spread of the virus means that the number of calls to the hotline had increased, noted Maeedh.

He added that most of the calls originated from quarantine or isolation facilities. The desk was operated by 44 experienced volunteers and a further 266 is being trained for the task.

IGMH to open flu clinic with increase in viral fever