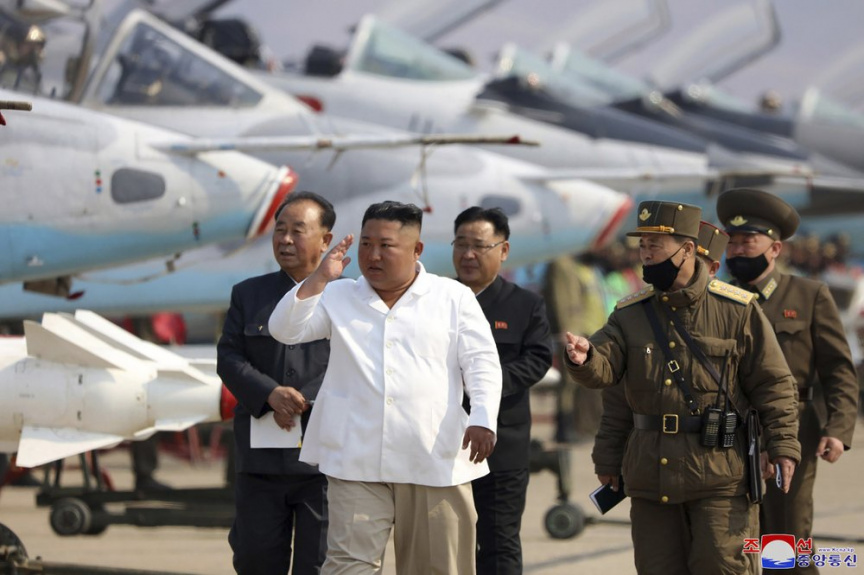 SEOUL, South Korea (AP) — North Korean leader Kim Jong Un’s prolonged public absence has led to rumors of ill health and worries about how it could influence the future of what one analyst calls Northeast Asia’s “Achilles’ heel,” a reference to the North’s belligerence and unpredictable nature.

But there’s a basic question debated by the media and government intelligence services: Are the rumors even true?

The exact state of Kim’s health matters because it could determine the stability of the dynastic government in Pyongyang and the security of nuclear weapons that the nation has repeatedly threatened to use on its neighbors and the United States.

It’s a problem that outside nations have faced for decades. Gathering intelligence on perhaps the world’s most secretive, suspicious and difficult-to-read country is incredibly difficult. And there’s probably nothing North Korea guards more closely than information on Kim’s health, which is only likely shared among a small portion of the elite, including his powerful sister, Kim Yo Jong.

At the heart of the intelligence shortcomings about North Korea is its extremely closed nature. But there is also plenty of blame leveled in South Korea at efforts there.

Supporters of South Korea’s liberal government, which remains eager for inter-Korean engagement, lament the previous decade of conservative rule, when exchanges between diplomats, government and business leaders, aid groups and others stopped under hard-line policies toward North Korea’s nuclear ambitions. This, they say, deprived spies of high-quality information sources.

Conservatives, meanwhile, blame liberals for supposedly downsizing espionage operations while pursuing inter-Korean rapprochement. They say such networks have been difficult to rebuild.

South Korea’s government has repeatedly played down unconfirmed media reports that Kim is in fragile health following heart surgery, saying it has detected no unusual activity in North Korea or any emergency preparation by its ruling Workers’ Party, military and Cabinet. Without specifying its sources, South Korea’s presidential office said it believes Kim is handling state affairs normally at an unspecified site outside the capital, Pyongyang.

U.S. President Donald Trump told reporters Monday that he has a “very good idea” about Kim’s health but couldn’t talk about it and wished him well.

“I do know how he’s doing, relatively speaking,” Trump said at the White House. “You’ll probably be hearing in the not-too-distant future.”

Some experts say South Korea, as well as its regional neighbors and ally Washington, must begin preparing for high-level instability that could come if Kim is sidelined by health problems or even dies. That could include North Korean refugees flooding South Korea or China or military hard-liners letting loose nuclear weapons.

Planning for those are worst-case scenarios is crucial because nobody knows for sure what’s happening, said Nam Sung-wook, a North Korea expert at Seoul’s Korea University who termed the situation the “Achilles’ heel of international politics in Northeast Asia.”

“He could very well be OK and reappear in North Korean state media again, but considering his weight and worsening shape, the risks linked to his health will sharply increase as he gets older,” said Nam, a former director of a think tank affiliated with South Korea’s main spy agency.

Kim is overweight, reportedly smokes heavily and has other health problems.

Questions about Kim’s health have been raised since he missed the birthday celebration of his late grandfather and state founder Kim Il Sung on April 15, the country’s most important holiday.

Kim, who is in his mid-30s, was last seen in public on April 11, when he presided over a meeting discussing coronavirus prevention and electing his sister as an alternate member of the political bureau of the ruling Workers’ Party. State media have since reported that he sent greetings to Syrian President Bashar Assad, Cuban President Miguel Díaz-Canel and South African President Cyril Ramaphosa.

On Monday, the official Rodong Sinmun newspaper said Kim sent a message of gratitude to workers building tourist facilities in the coastal town of Wonsan, which is where some speculate he is staying. No photos of him were published.

South Korean intelligence and North Korean state media reports suggest that Kim could have suffered some sort of medical setback but likely not a life-threatening one, said Du Hyeogn Cha, a senior researcher at Seoul’s Asan Institute for Policy Studies.

The root problem may be the shaky nature of South Korean intelligence.

“Even after decades of work, South Korea has yet to build a reliable intelligence network to gather information on the North,” said Cha, an ex-intelligence secretary to former South Korean President Lee Myung-bak. “It’s clear our government has some level of information on the North, but not enough to make a confident statement about where he is and whether he’s fully healthy.”

Finding out is important because incapacity at the top could lead to bogged-down decision-making that could boost the hard-liners who emerged following the collapse of Kim’s second summit with Trump in February last year. The Americans at that summit rejected North Korean demands for major sanctions relief in exchange for a partial surrender of the North’s nuclear capabilities.

The National Intelligence Service, Seoul’s spy agency, has said it can’t confirm whether Kim had surgery. If Kim emerges well in state media, he would join past North Korean officials who were incorrectly reported incapacitated by outside media.

“Kim Il Sung shot dead” remains perhaps the most famous newspaper headline in South Korean history. The 1986 Chosun Ilbo story was initially backed by a South Korean military statement that North Korea had announced the demise of its founder over loudspeakers at the mine-strewn border between the rival nations. But hours later, Kim Il Sung appeared at Pyongyang’s airport to greet a Mongolian delegation.

Another big problem is that for decades South Korea didn’t have a strong grip on the location and health of North Korea’s top leadership, according to Cheon Seong Whun, a presidential secretary during the South’s previous conservative government.

“Anybody who says they know something for certain is just writing a novel,” Cheon said.