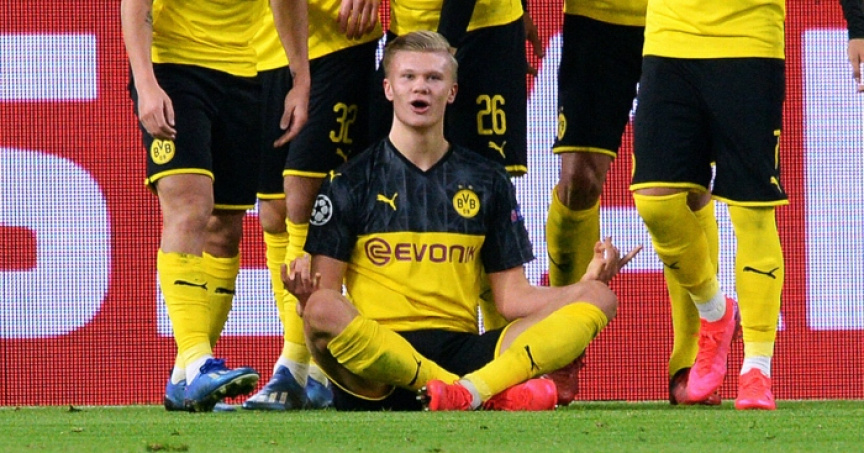 Erling Braut Haaland burst onto the scene at Red Bull Salzburg and has continued to break records during his first two months at Borussia Dortmund since his move.in January 2020. (Photo/Planet Football)

Borussia Dortmund's striker Erling Braut Haaland has taken the football stage by storm with his seemingly endless goals. But is he the best in Bundesliga?

Well, according to former Italy international Christian Vieri, Haaland is not just the best striker in Bundesliga, but the whole world, and that too at just 19 years.

Haaland has been one of thd major breakout stars this season, scoring freely in the Champions League for Red Bull Salzburg before switching to the Bundesliga in January and continuing his electric form in Germany.

Although just 19 years old, Vieri regards him as being the world's best striker, and can even see him one day attracting a transfer fee to surpass the world record of €222 million (£198m/$263m) set in 2017 by Neymar's switch from Barcelona to Paris Saint-Germain.

Vieri, being regarded as a legendary goalscorer during his time with Ateletico Madrid, Juventus and Inter Milan, knows the same predatory talent when he sees them and said in an Instagram interview that "Haaland is the strongest of all and has done well to choose Borussia Dortmund, the best club to enhance his talents. In a couple of years he will go to a great team for €200m (£175m), maybe €300m (£262m)."

Incredible statistics from Haaland since his move to BVB: