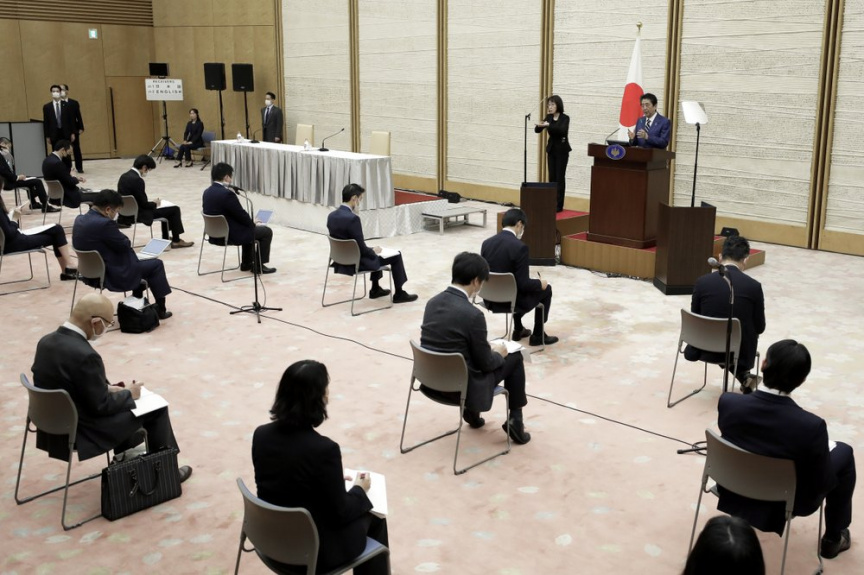 TOKYO — Japanese health ministry said Sunday that 568 new cases of the coronavirus were reported the day before, bringing a domestic total to 10,361. A combined total including 712 others from a cruise ship quarantined near Tokyo earlier this year came to 11,073, with 174 deaths.

The number of cases is still relatively small compared to the U.S. and Europe, but that’s only as many as Japan’s limited testing has detected and actual infections are believed to be far more widespread.

Japan has finally started setting up additional testing centers in Tokyo and elsewhere, allowing primary care doctors to send suspected patients directly to testing stations rather than having them go through public health centers to screen eligibility, an earlier requirement that had prevented and delayed testing and treatment of many people.

Experts have noted that their strategy of going after clusters to trace infections is no longer effective to keep up with the surging cases and more tests are needed.

Prime Minister Shinzo Abe on Thursday expanded a state of emergency, which was limited to Tokyo and six other urban areas, to all of Japan, in a bid to prevent further spread of the virus nationwide amid concerns that hospitals are already overburdened with influx of patients.

It took two months for the cases to reach 1,000 since the first case was detected in mid-January, but the spread of the infections has accelerated in recent weeks and the number doubled from around 5,000 in just 10 days.