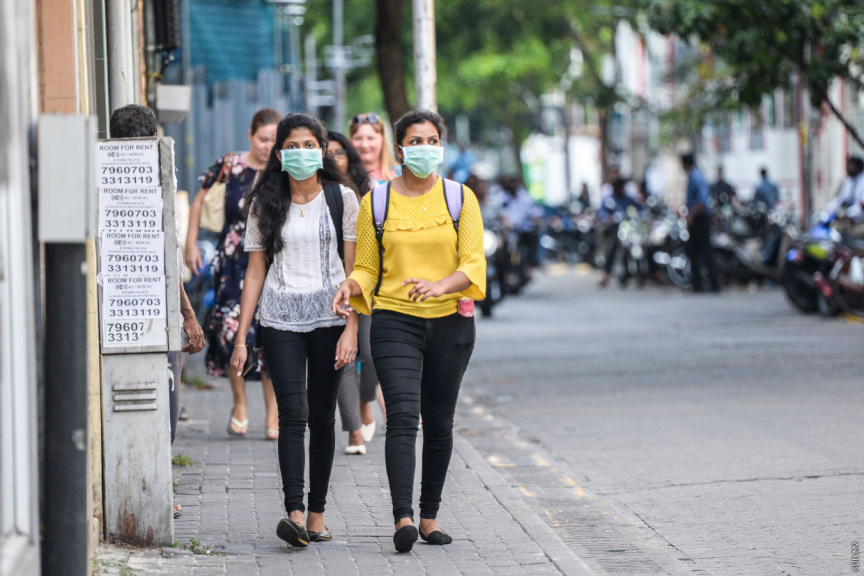 Photo shows two people with face masks walking on a street in Male' city. Maldives has so far confirmed 19 cases of the virus up until April 5. 2020. (Sun Photo/Fayaz Moosa)

The government has switched the travel clinic established in the Male’ Hiya 2 area of the Male’ city to a flu clinic.

The news was announced in a statement issued by IGMH. According to the statement, the services of the now-flu clinic will be available to both foreigners and locals from 10:00 to 22:00.  IGMH advised those with symptoms of illness to visit the clinic and not hospitals.

COVID hits one of the last uninfected places on planet

State of Health Emergency extended till end of February