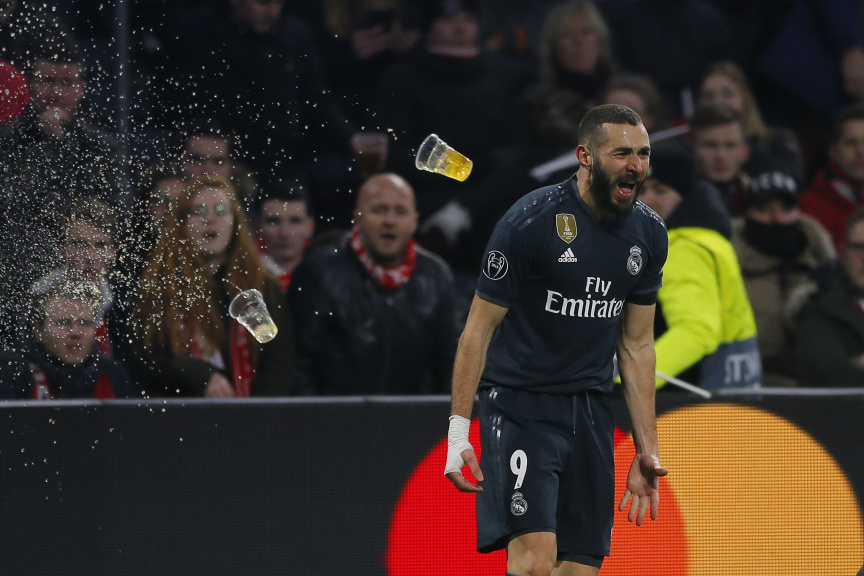 Frenchman and Real Madrid forward Karim Benzema has taken a swipe at Olivier Giroud by comparing himself with the Chelsea man and describing himself as formula 1 and Giroud as karting.

Former Arsenal striker Giroud has replaced Benzema as the spearhead of the Les Bleus forward line after the latter was accused of blackmail in a dispute with his then-teammate Mathieu Valbuena. However, Benzema has no doubts as to who is the better striker between Giroud and himself as he said: “You don’t compare Formula 1 with karting, and I am being nice.”

Benzema said on Instagram Live that “Next…I know that I am Formula 1."

“It works because he (Giroud) is there, that is the only reason. It won’t be spectacular, he won’t do something amazing, but he has his thing."

“Aside from that, does everyone like the way he plays? I don’t know."

Benzema has not played for the French national team since 2016. He has 27 goals in 81 appearances for the country. Giroud, on the other hand, has taken up the opportunity to become France’s third-highest scorer, trailing only Thierry Henry and Michel Platini. Giroud has bagged 39 goals in 93 games.

However, despite his feats for the national team, Giroud has been dismal for a Chelsea side where he has been replaced by youngster Tammy Abraham, not long after his move to the club from Arsenal. On the other hand, Benzema has been having taken the spotlight at Madrid since the departure of Cristiano Ronaldo.

Benzema has been involved in 20 goals, with 14 strikes and six assists, in 26 La Liga games, while Giroud has only two goals to his name in nice appearances.

With the statistics, some have suggested that Benzema might be sliding back into the French team, only for the notion to be struck down by the President of the French Football Federation. Expressing his anger at this, Benzema who could be eligible to play for Algeria also called to be allowed to play for a country that he is eligible for.