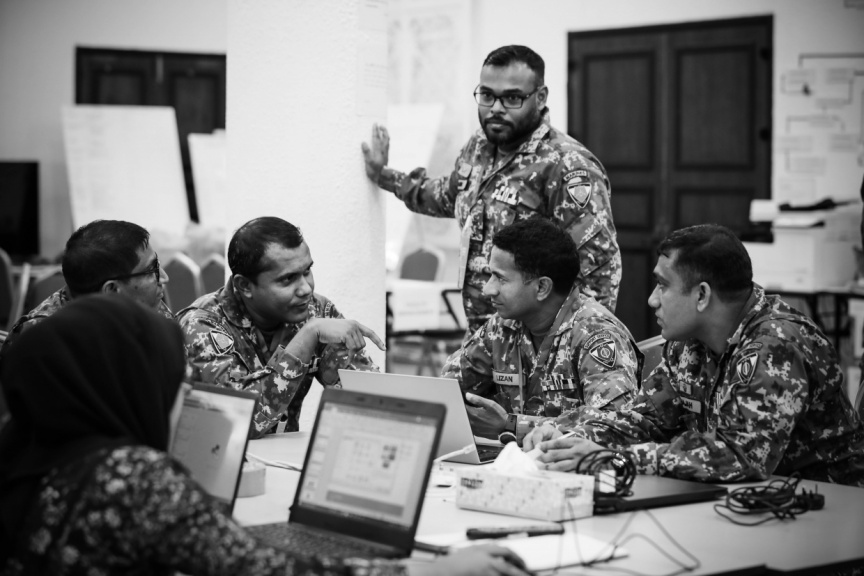 Maldives National Defense Force (MNDF) has stated that the current operation in the country due to the situation with the Covid-19 pandemic was the largest humanitarian operation by the government and institutions in the country to be run in recent history.

Chief of Defense Force, Major General Abdulla Shamaal, speaking at a news conference today, said that a lot of agencies were involved in the operation.

“The biggest focus in this operation is on the technical level, first responders or RRT teams, who transfer people from one location to another.” Said Maj. Gen. Shamaal.

Another reason why this was one of the biggest such operations was the formation of strategies along with different agencies and collaborating on these works.

The biggest part in logistics for this operation lay with MNDF, according to the Chief who added that technical teams of doctors, officials from HPA, police, Health Ministry and National Disaster Management Authority were also involved in the work.