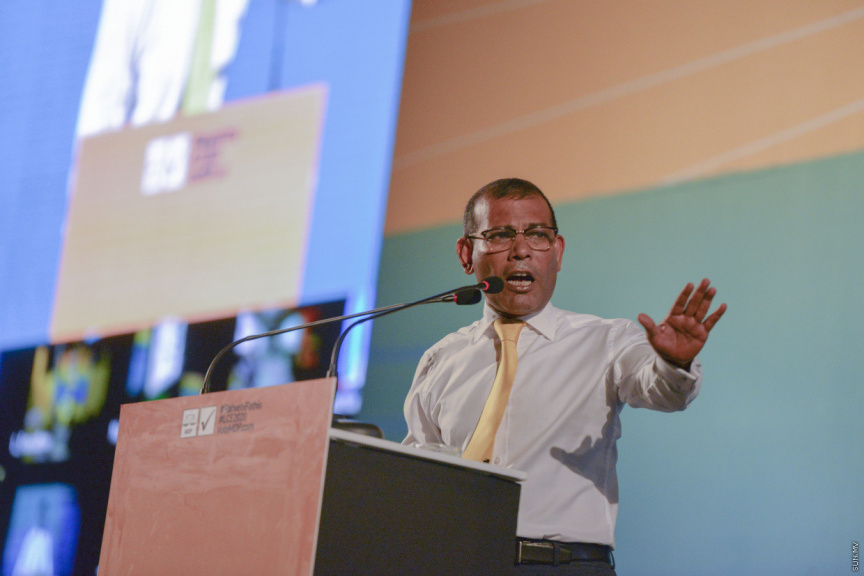 The ruling party, Maldivian Democratic Party (MDP) has ordered a halt on all campaign activities for the upcoming local council elections.

The move comes after the Maldivian government, on Thursday, declared a 30-day state of public health emergency over the emergence of cases on the COVID-19 pandemic in Maldives.

MDP had ceased all campaign activities which involved mass public gatherings last week, including campaign tours to the atolls, and had announced it would conduct its campaign activities through social media platforms, with a special focus on promoting public awareness regarding the deadly virus.

Maldives, as of this Saturday morning, has identified nine COVID-19 cases, all of whom are foreign nationals who either worked at, or were vacationing at resorts.

The local council elections, which had originally been slated for April 4, has now been postponed to April 18.

MDP, in a statement this Saturday, announced a halt on all its campaign activities.

It welcomed the government’s decision to declare a state of public health emergency, and advised its candidates and their campaign teams against campaigning for the elections in any form.

It also noted that the postponement of the elections left candidates with a very narrow window to conduct campaign activities.

MDP said it supported right of people to vote, and the right to be well-informed before they vote, which couldn’t be possible without being provided with sufficient time to conduct wide-scale campaign activities.

It asked that the elections therefore be held at a date which awards candidates sufficient time to conduct campaign activities, as was defined by law.

MDP also pledged its support to the government in its fight to prevent and contain the COVID-19 outbreak in Maldives, including providing the government with the party’s resources and the services of its members.

Elections Commission chairman Ahmed Shareef announced the postponement of the council elections on Thursday, shortly after the government declared a state of public health emergency.

Shareef said April 18 was the latest the elections could be postponed to, without requiring a court order or new legislature by the Parliament.

Maldivian quarantined upon return from Bangladesh