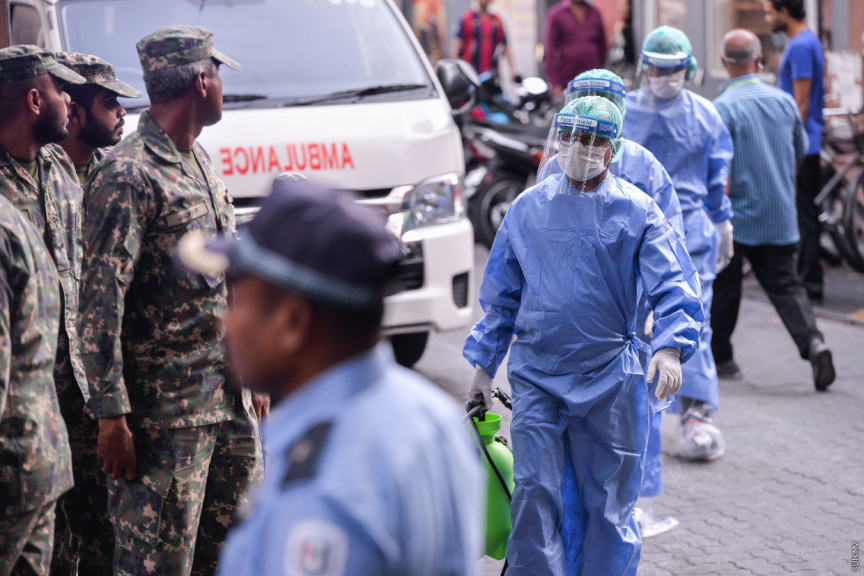 Health Protection Agency (HPA), on Tuesday, announced that it was working on transporting eight people who had close contact with a COVID-19 patient to a quarantine facility as a precautionary measure.

HPA made the announcement in a tweet at approximately 3 am this Tuesday.

The eight people being moved into quarantine were identified as foreign nationals.

Six people have tested positive for COVID-19 from Maldives, all of whom are foreign nationals. Of the six patients, four were foreign workers from Kuredu and two were Italian tourists from Sandies Bathala.

The first cases had come from Kuredu, and had originated from an Italian tourist who stayed at the resort in February and later tested positive upon return to his home country.

Health Minister Abdulla Ameen previously stated that the HPA had identified 175 people who had close contact with him.

15 more people, the staff of Maagiri Hotel in Male’ where the tourist had stayed for two days before departing to Italy, are also practicing self-isolation.

Meanwhile, a local female who works for the Emirates ticketing office who interacted with the tourist was moved to Farukolhufushi after she began manifesting respiratory symptoms on Monday.