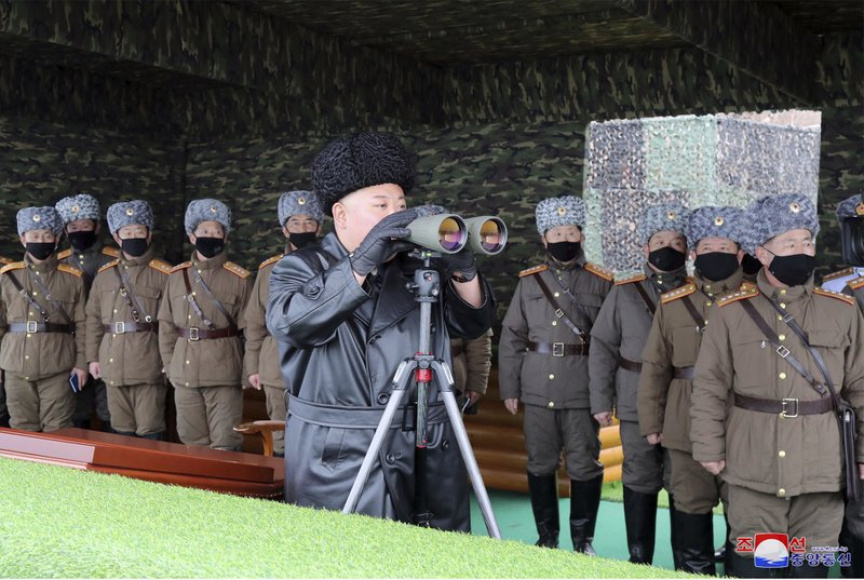 Seoul’s Joint Chiefs of Staff confirmed the launches in a statement but couldn’t immediately confirm how far the projectiles flew or whether the weapons were ballistic or rocket artillery.

During a key ruling party meeting in late December, Kim expressed deep frustration over deadlocked diplomacy with the United States and said he won’t denuclearize if the U.S. persists with its hostile policy on his country. He also said he would unveil a new “strategic weapon” soon and no longer be bound by a self-imposed weapons test moratorium that coincided with his diplomacy with Trump.

Nuclear diplomacy between North Korea and the U.S. has largely stalled since the breakdown of Kim’s second summit with Trump in February 2019 in Vietnam. That summit collapsed because Trump rejected Kim’s demands for broad sanctions relief in return for dismantling his main nuclear complex, a limited disarmament step. Subsequent talks between Pyongyang and Washington reported little progress.

After the failed Hanoi summit, North Korea carried out a slew of short-range missile and other weapons tests. Trump downplayed them saying there were short-range weapons that didn’t pose a direct threat to the U.S. mainland.