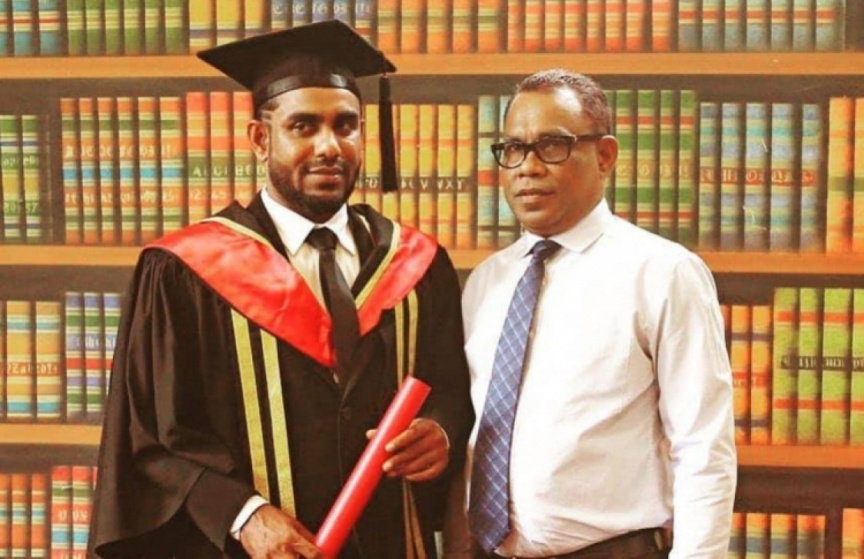 Former minister-counselor of the Maldives appointed to the embassy in Malaysia, Faisal Ibrahim (L) is pictured with his father, former MP and politician Abdul Raheem Abdulla (R).

It has been revealed that MVR 72,000 was spent from the budget of the Maldivian Embassy in Malaysia to make glasses for the son and daughter-in-law of political party PNC’s president Abdul Raheem Abdulla.

This was revealed in a financial audit of the Foreign Ministry by the Auditor General’s Office publicized today.

The audit report stated that the amendments brought to the policy for allowances and benefits for employees in diplomatic missions of the Maldives in foreign countries did not include some insurance services. For such services, the amendments read that funds can be released for uncovered expenses from the insurance schemes.

The role of the minister-counselor was filled by Faisal Ibrahim, who is the son of local politician Abdul Raheem Abdulla.

The report also revealed that MVR 26,360 was spent on medical check-ups of the Maldivian envoy and the wife of the envoy in Malaysia. The envoy at the time was former Civil Service Commission president Mohamed Fahmy Hassan.

The report read that the Auditor General’s office did not view these expenses as proper under the policies set and that these expenses were also in violation of the general policy.

Criticizing that the state had to cover the expenses of the employees who were a part of a medical scheme, the Auditor General recommended that state expenses for the employees and their families be stopped and to be arranged through the insurance scheme.

The report also called for the retrieval of the funds spent in this manner and to reduce state expenditure, in addition to adhering to the policies set.