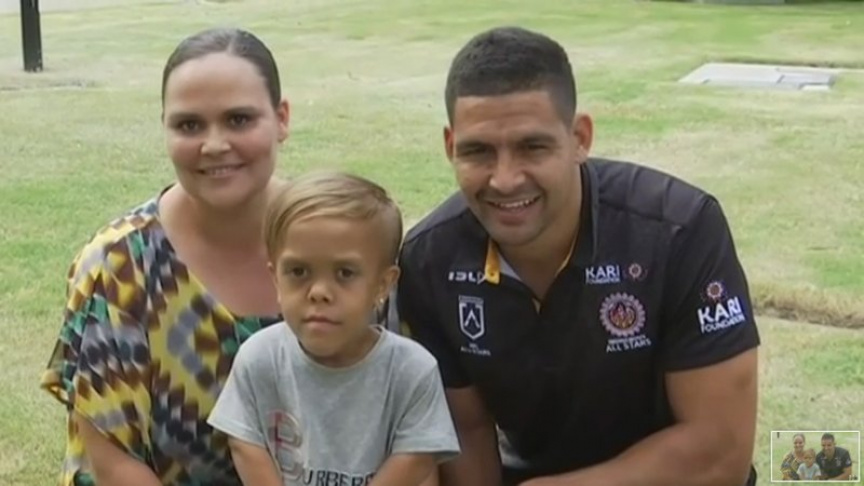 PERTH, Australia (AP) — Devastated after again being targeted at school for his dwarfism, a sobbing Quaden Bayles repeatedly told his mother that he wanted to die.

“This is what bullying is doing and I want people to know how much this is hurting us as a family,” she says in the video, which has been viewed more than 19 million times. “This is the impact that bullying has on a 9-year-old kid that just wants to go to school, get an education and have fun.”

Her appeal sparked an outpouring of worldwide support for the bullied boy, including from celebrities and athletes.

Australian actor Hugh Jackman said “you are stronger than you know, mate” and urged people to “be kind” to each other, while Eric Trump — the son of U.S. President Donald Trump — said the video was “absolutely heartbreaking.”

“This is one of the hardest videos I’ve watched,” Boston Celtics basketball player Enes Kanter wrote on Twitter. “No place in the world for bullies.”

A GoFundMe page started by American comedian Brad Williams has raised more than $140,000 in an effort to send Bayles on a trip to Disneyland in California.

“This isn’t just for Quaden, this is for anyone who has been bullied in their lives and told they weren’t good enough,” said Williams, who has the same dwarfism condition of Achondroplasia.

Bayles, who is Aboriginal Australian, has been invited to lead the Indigenous All-Stars out onto the field in their rugby league clash with the Maori All Stars in Queensland on Saturday.

“We could never have dreamt in our wildest dreams that it would’ve gone worldwide and created such a media frenzy,” Yarraka Bayles told reporters on Friday. “There are way too many people suffering in silence and my heart goes out to those families that have already lost their children to bullying. It’s an international crisis and it demands urgent attention.”