President: Focus of security forces should also shift to decentralization 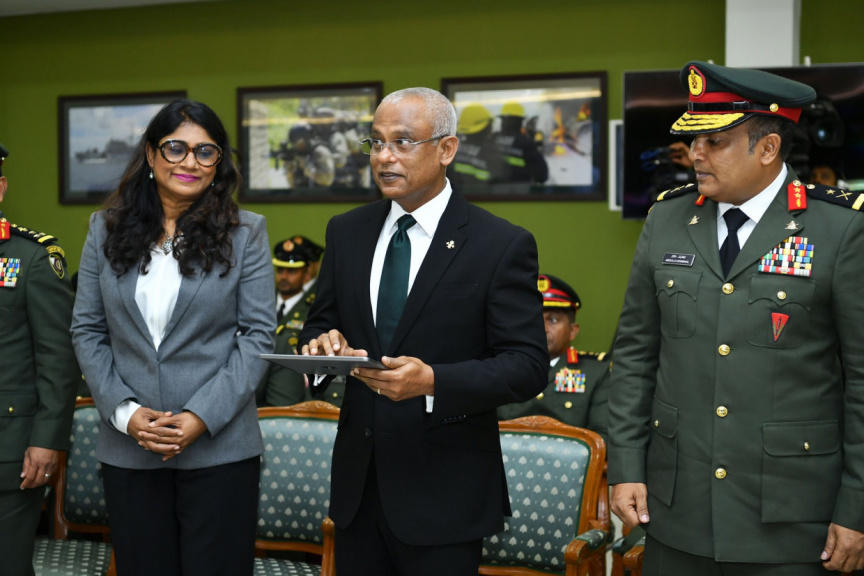 President Ibrahim Mohamed Solih has stressed on shifting the focus of the security forces accordingly with the administration’s decentralization policies.

The upcoming local council elections would see the country run in a decentralized system after the amendments made to the Decentralization Act of Maldives.

The President made the remarks regarding the shift to decentralization at the inaugural session of the “MNDF Commanders Conference 2020” this morning at the MNDF Headquarters. The president also said that the administration's highest priority is to ensure the independence and sovereignty of the country.

President Solih highlighted the significance of such conferences taken part by officers from different regional command centers across the country and stated that the administration will shape the work of these centers on collaborating with councils.

“With this important shift, it is imperative that the focus of the commanders to also shift, towards a closer relationship with councils and I hope that the work of the area command centers to also be remodeled to serve in close proximity with the citizens.” said the President.

Furthermore, President Solih urged participants to utilise the information and ideas gained from the conference to enhance their capacity and improve professionalism in combatting emerging security threats, while prioritising the most urgent internal and global security issues. Moreover, President Solih stressed the value of security forces focalising their operations along the lines of the Administration’s decentralized governance system.

Speaking at the conference, President Solih noted the many challenges and threats faced because of the changing international security situation. He further stated that under his leadership, he will ensure that security forces are well-equipped and trained to have the necessary skills as well as provided pertinent resources such as vessels and other necessities.

The aim of this three-day conference includes developing leaders and commanders of the MNDF joint force through increased compatibility, adaptability and decisiveness with clearer command philosophy and military professionalism.