Rockets strike Iraqi base hosting US troops; no injuries 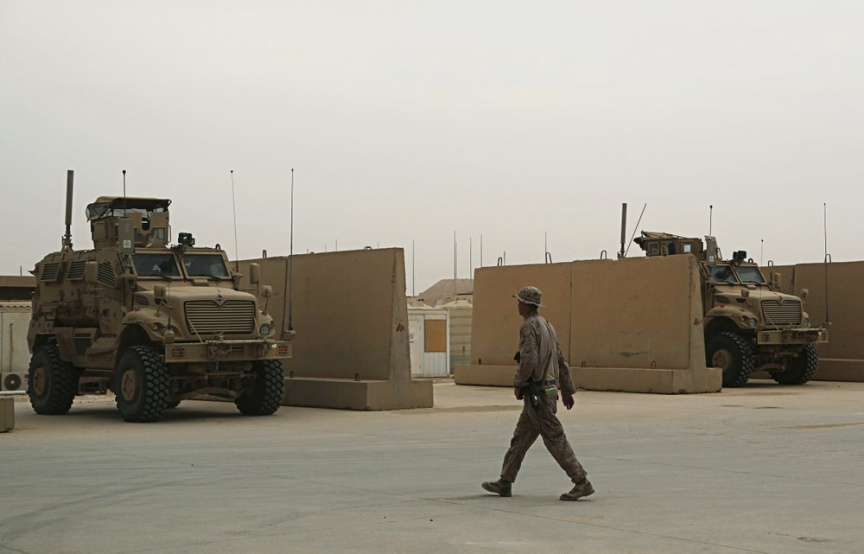 In this Nov. 8, 2017, file photo, U.S. Marines are stationed in Ain al-Asad air base in Iraq. Iran struck back at the United States for the killing of a top Iranian general early Wednesday, Jan. 8, 2020, firing a series of ballistic missiles at Iraqi bases housing U.S. troops in a major escalation that brought the two longtime foes closer to war. (AP Photo/Khalid Mohammed, File)

The attack came just before 3:30 a.m., according to Col. Myles B. Caggins III, a spokesman for the U.S. military operation in Iraq.

The attack was the latest in a recent series of rocket and mortar strikes on Iraqi bases housing U.S. troops. On Thursday, a mortar shell exploded in the K1 Iraqi military airbase in Kirkuk province in northern Iraq. No casualties were reported, Iraqi security officials said.

An Iranian missile attack on Iraq’s Ain al-Asad air base on Jan. 8 injured dozens of U.S service members. It was in retaliation for the U.S. drone strike in Baghdad that killed Iran’s most powerful general, Qassem Soleimani, on Jan. 3.

Nighttime mortar attack on US Embassy in Baghdad

Iraqis rally against US troops, demanding they leave

US dismisses Iraq request to work on troop withdrawal

Esper says Taliban deal is promising but with risks