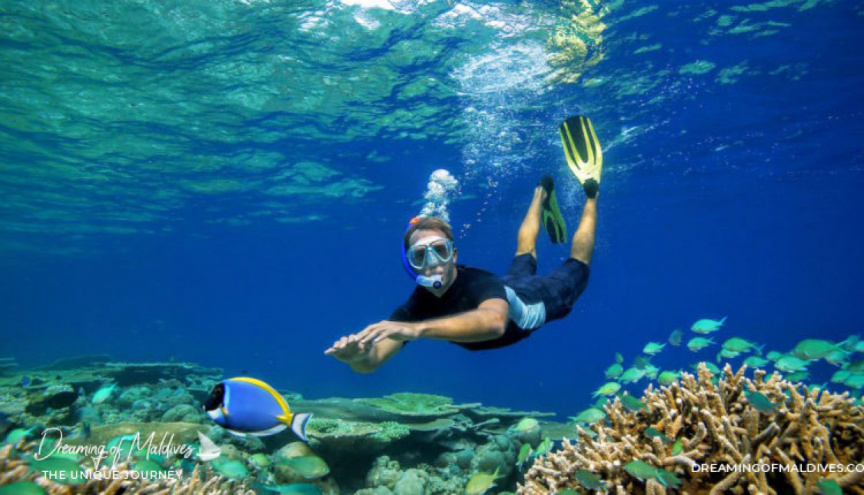 A person snorkeling in Maldives is pictured underwater. Maldives is a popular destination among tourists for its underwater natural beauty. (Photo/Dream Maldives)

A local man has died after a snorkeling expedition in A.A Atoll today.

Police received reports of the incident around 21:40 tonight. The man who died was a 40-year old local who went snorkeling from a safari boat near A.A Maayafushi.

This is the second such death in 24 hours. A 23-year old local man also died yesterday while snorkeling near A.A Madivaru.