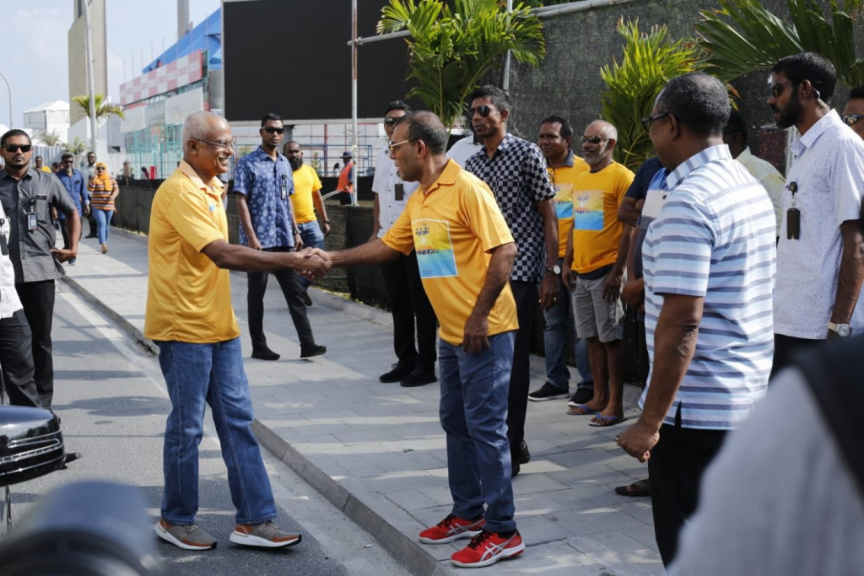 President Ibrahim Mohamed Solih, on Saturday, said that he expected Maldivian Democratic Party (MDP)’s performance in the upcoming local council elections to surpass its historical win in the 2019 parliamentary elections when it won 65 seats, guaranteeing the party a supermajority at the Parliament.

Taking part in the MDP event to put up posters for its elections campaign this morning, President Solih said voters remained “on the same track” they had been in the days leading up to the last parliamentary elections.

“I therefore expect a far greater election victory than that,” he said.

MDP leader, Speaker Mohamed Nasheed, who also took part in this Saturday’s event, said the new Local Councils Act, once it passed, would authorize local councils with sweeping legal and financial autonomy, and effect a great and positive change in operations of local councils.

“We, In Sha Allah, have a great victory ahead in the local council elections. MDP will win by a landslide,” said Nasheed, who served as Maldivian President during MDP’s first administration.

President Solih and Speaker Nasheed put up the first “Rahevehi Fathis” campaign posters at the MDP Haruge, and proceeded to walk along the Majeedhee Magu and put up posters at several private residences. They, along with other MDP members, are scheduled to put up more posters across Male’.