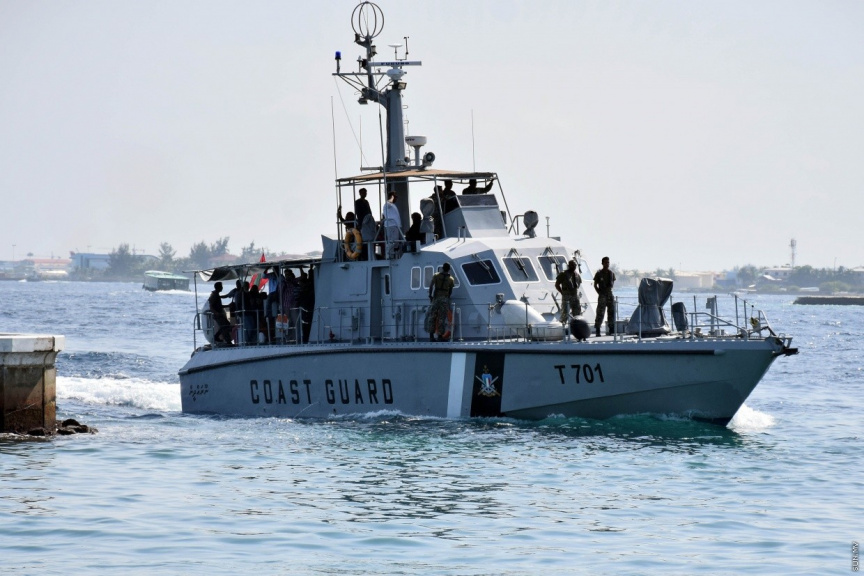 A speedboat carrying 18 people has run aground onto a reef.

The speedboat named “Legion 7” was traveling to Th. Atoll, according to MNDF media official.

It is not known whether anyone was injured in the incident. The speedboat was left stranded 10 miles west of V. Fulidhoo.

The incident was reported to the authorities around 9:00 in the morning.

MNDF was now assisting the speedboat’s owners in dislodging the boat.