Dembele out for season, Euro 2020 after undergoing surgery 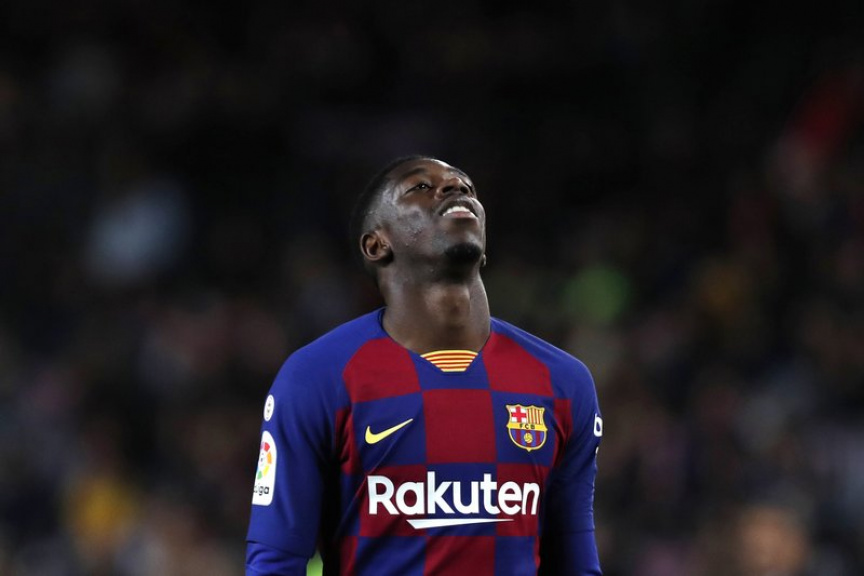 BARCELONA, Spain (AP) — Barcelona forward Ousmane Dembele will be sidelined for about six months after undergoing surgery to repair a hamstring tear, missing the rest of the season and the European Championship with France.

Dembele underwent the operation on his right leg in Finland, Barcelona said Tuesday.

Dembele was hurt in practice last week just as he entered the final stages of his recovery from the hamstring injury that had kept him sidelined since November. Tests showed a complete rupture of a tendon in his right thigh.

It was just the latest of several muscle problems for the 22-year-old forward since he joined the Catalan club in 2017. He has missed more than 60 matches because of the injuries.

The recovery time from the surgery makes Dembele unavailable for Euro 2020, which begins in June.

Barcelona is second in the Spanish league, three points behind Real Madrid. The team’s next game is Saturday at home against third-place Getafe.

Atlético gets Griezmann back, Real left without Mbappe

Gerd Müller, ‘the best striker in history,’ dies at 75

Kooddoo-Villingili bridge to be pushed for via campaign