Police: Items found from area where man went missing not stained with blood 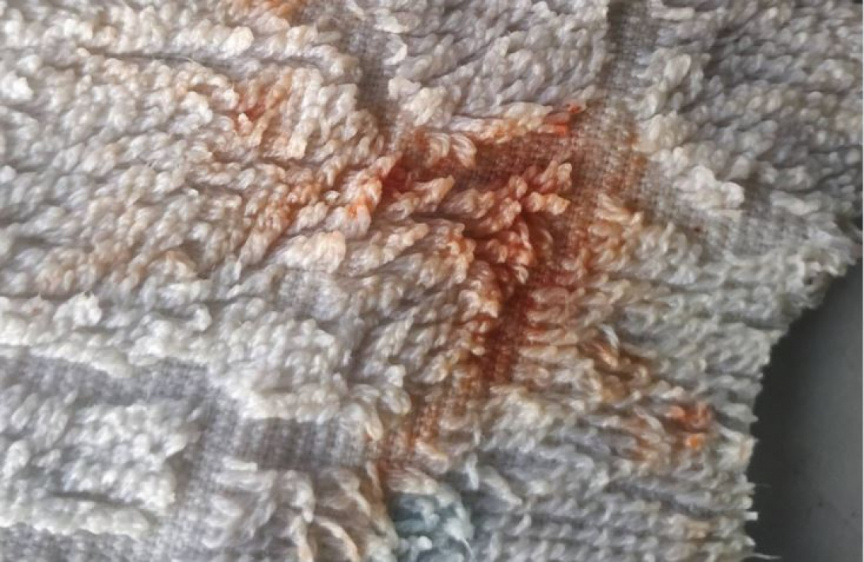 Photo shows parts of towel found from the search area of the sea where a man went missing on January 6, 2020. Authorities stated that the towel was not stained with blood but with paint and glue on February 9, 2020.

Police have stated that it was not blood found from a towel near K. Kagi where a captain of a boat was reported as missing on January 6, 2020.

The missing captain who is yet to be found has been named as Mohamed Yoosuf from Haveeree Naaz, H.Dh. Kulhudhuffushi.

MNDF divers searching for the man had discovered parts of a towel about 48 meters underwater in the area. Concern was raised after the towel seemed to be smeared with blood.

A knife and electronic equipment were also found in a dustbin bag from the area around 41 meters underwater.

Statements from the people related to the case have been taken by the authorities.