Maldivian in quarantine after traveling to China 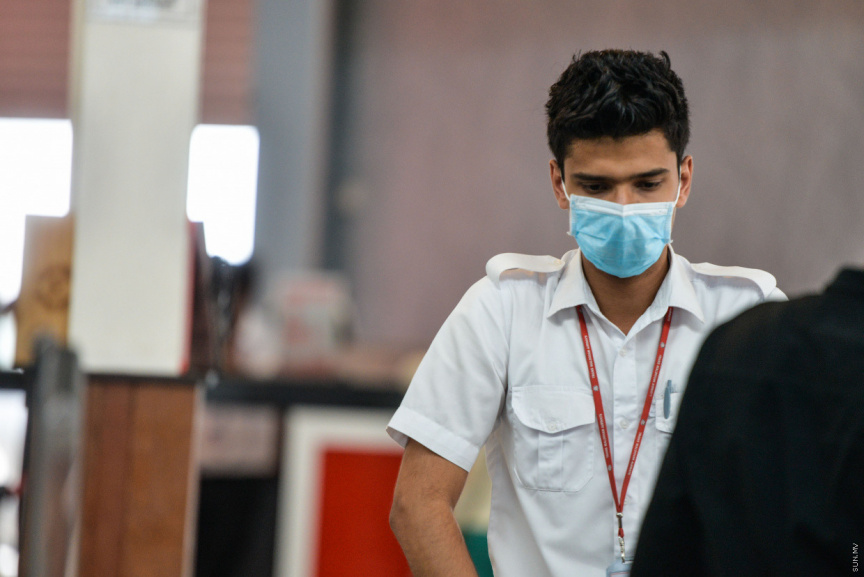 An man wearing a mask is pictured at the Velana International Airport. (Sun File Photo/Fayaz Moosa)

A Maldivian man has been quarantined after returning from traveling to China within the last 14 days.

The Coronavirus prevention task force of the government had stated previously that everyone returning from travels to China within the last 14 days would be placed in quarantine as a precaution. While this is the case for locals, foreigners who had traveled to China within the same period would be restricted from entering the country.

No symptom of the Coronavirus has been noticed from the man placed under quarantine, according to the Task Force.

Defense Minister Mariya Ahmed Didi has also stated that the seven Maldivians evacuated from Wuhan city in China and placed in quarantine in India had also tested negative for the virus which has so far killed 722 people. The outbreak has infected more than 34,500 people.