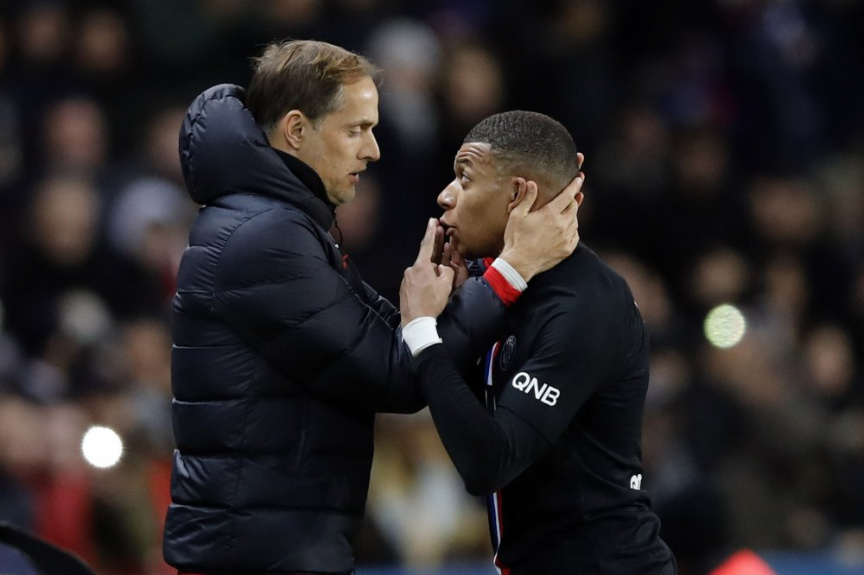 Brazil star Neymar was ruled out of Champions League matches against Real Madrid and Manchester United because of injuries over the last two seasons. Now Kylian Mbappe is at the center of controversy only two weeks ahead of a crucial European meeting with Borussia Dortmund.

Usually praised for his down to earth attitude, frenetic pace and exciting dribbles, Mbappe showed a less attractive side this weekend at the Parc des Princes.

After scoring a fine goal during a lopsided 5-0 French league win against Montpellier, Mbappe looked furious when coach Thomas Tuchel replaced him with Mauro Icardi midway through the second half. Mbappe barely acknowledged Icardi, giving him only a perfunctory handshake.

Ahead of a busy period, including a trip to Nantes on Tuesday and just a fortnight before the first leg of the last-16 Champions League match against Dortmund, Tuchel’s decision looked logical. Especially since he made a double substitution, also bringing on Edinson Cavani.

Since the arrival of Icardi, there has been much less involvement for Cavani, the club’s record scorer with 198 goals, so it was wise for Tuchel to bring him on. Considering Cavani almost left the club to join Atletico Madrid, it may have been more appropriate for Mbappe to encourage him — and Icardi — when they came on.

But the 21-year-old Mbappe appeared not to like it at all with the cameras picking up every reaction.

France’s World Cup-winning forward ignored Tuchel and tried to walk past him on his way to the substitutes bench, and the German coach had to force him to stop twice to listen to his explanations. After the final whistle, Mbappe did not celebrate the win in front of PSG fans.

It is the third time this season he has reacted with public dissatisfaction after being substituted by Tuchel, who dropped him from an away match at bitter rival Marseille last season because Mbappe arrived late for a team talk.

Mbappe’s apparent tantrum on Saturday tarnished the win and undermined Tuchel’s authority at a time when PSG needs to be united, having experienced three last-16 Champions League exits in a row.

It’s unclear whether Mbappe will be sanctioned for his behavior, but Tuchel expressed his disappointment at his striker’s attitude — all the more so because it eclipsed a sixth straight win in all competitions for PSG, which is now unbeaten in 19 games.

“It is not good because it opens up a discussion about topics which are a distraction from our state of mind,” Tuchel said. “So I am not angry, but I am sad because it’s just not necessary. I am the coach, someone who has to decide. I will always make decisions based on sporting reasons. This is football, not tennis, and you need to have respect for everyone.”

And as if one distraction were not enough, Tuchel also had to answer questions related to Neymar’s birthday celebrations. The Brazil star, who turns 28 on Wednesday, organized a party on Sunday night in a trendy Paris nightclub.

It is the third straight year that Neymar’s birthday bash has been allowed to take place, despite it clearly being a distraction, and on the two previous occasions PSG went out of the Champions League in the last 16.

Mbappe grabs another double for PSG before Man U visit