14 students die in stampede at primary school in west Kenya 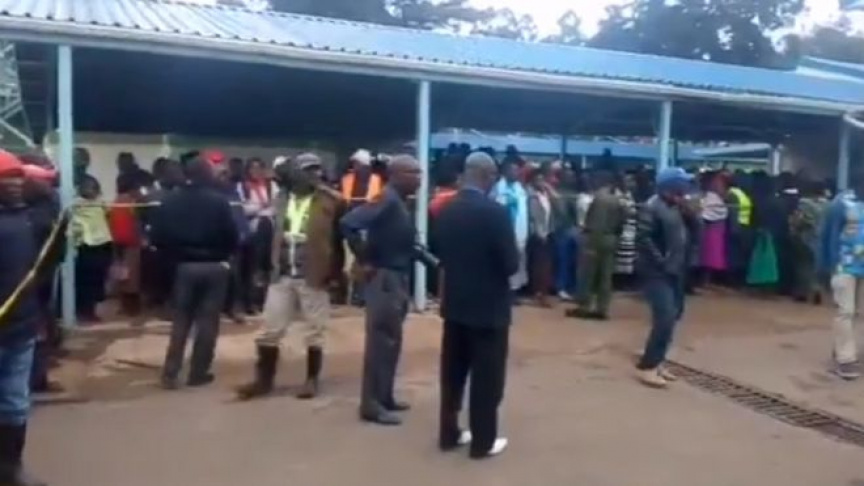 Relatives gathered outside a hospital where injured children were being treated. (Photo/BBC/Nathan Ochunge)

NAIROBI, Kenya (AP) — A stampede at a primary school in western Kenya after students were let out to go home has killed 14 children and wounded 39 others, officials said Monday.

The cause of the crush is not yet clear, but Kakamega area regional commissioner Anne Ngetich ruled out that a “scare” had sparked the stampede.

“I know there are people who might think these children always use the same entrance and exits, what might have happened today? Was there an explosion?” she said. ”No there was nothing, nothing physical that we have established.”

Grief-stricken parents wailed and collapsed at the three hospitals where the bodies of the dead and injured were taken.

According to the school, the children were heading home when the stampede occurred. David Kabena, the police in charge of Kakemega central area, gave the casualty figures. An investigation is underway.

“My heartfelt condolences to parents who have lost loved ones in the unfortunate and regrettable tragedy at Kakamega Primary School. I wish a quick recovery to the injured children and pray that God grant strength to the affected families,” said Odinga on Twitter.

Safety in school has become a major concern for Kenyan parents. Last year Kenyan media reported two deaths from what appeared to be negligence by the schools and the disappearance of two other students. In September seven primary school students died when their school, which was on a rickety structure, collapsed.

Lesotho’s first lady to be charged with murder