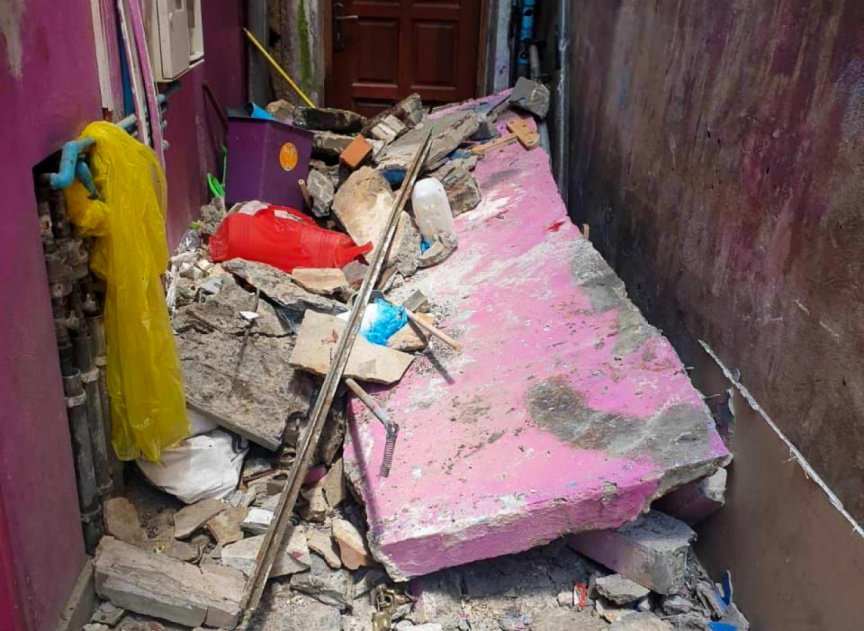 The balcony of a second floor apartment located in Vaijehey Magu in Henveyru district of Male’ collapsed on Sunday injuring two people.

According to the police, the incident was reported to the agency at approximately 11:11 am.

Those injured in the incident have been identified as two foreign nationals, who have been taken to the ADK Hospital for medical attention.

We have yet to receive any information to suggest the two sustained any serious injuries, said the police.

Police officers remain at the scene to secure the area and investigate the incident.