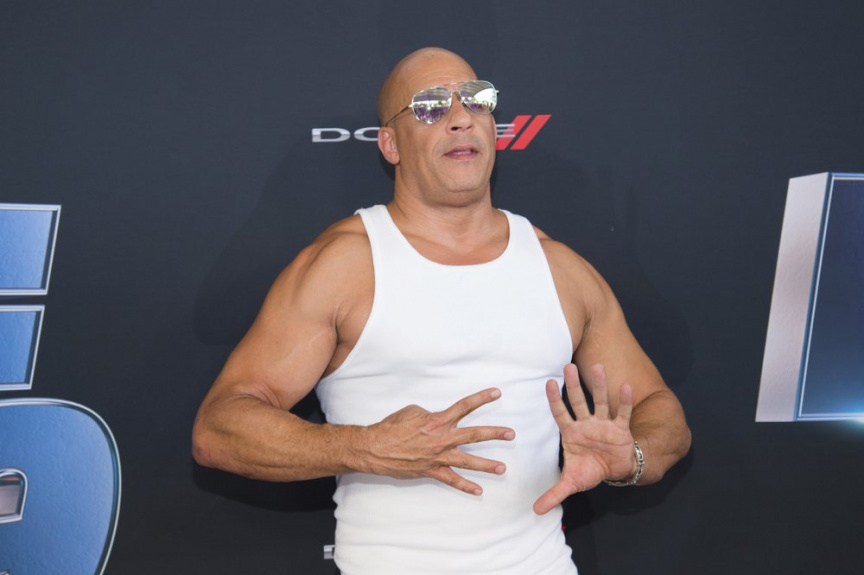 Actor Vin Diesel attends the the Road to "Fast & Furious 9" Concert at Maurice A. Ferré Park on Friday, Jan. 31, 2020, in Miami, Fla. (Photo by Scott Roth/Invision/AP)

MIAMI (AP) — Vin Diesel says it’s the spirit of Paul Walker that motivates him to continue starring in the “Fast and Furious” saga.

Diesel and the cast spoke of the memory of their late screen partner at a special event surrounding the upcoming release of the franchise’s ninth chapter, “F9: Fast and Furious 9.”

The recent death of Kobe Bryant reminded Diesel of the loss of his friend.

“I can’t make a ‘Fast’ without Pablo in my thoughts, in my everyday activity, in my approach to every scene,” Diesel said, invoking his affectionate nickname for Walker. “His spirit must live in this saga, because his spirit, in so many ways, is what drives me to continue the saga.”

The film took over a park in Miami for “The Road to F9 Concert & Trailer Debut Event” with a concert starring Cardi B, Wiz Khalifa, Charlie Puth, and others.

The crowd included Diesel’s family and Walker’s daughter, Meadow. Fans got their first look at the film, which includes larger-than-life stunts involving an assortment of cars racing, crashing and even flying through the air.

Ludacris, the rapper who has starred as Tej Parker in the franchise, opened the show, and before performing he spoke of how the “Fast and Furious” family honors Walker.

“We start off with prayers. We always talk about family and how important family is, and this is a whole family, this entire cast. I’m talking about on and off screen. I think that’s what makes our chemistry so well. And it’s always in remembrance and in motivation of how we’re doing our duty and honoring Paul Walker, and now even Kobe Bryant, of making sure that we do everything in our power to make the best movie possible, so that it resonates with everyone — the love and the family it instills,” Ludacris said.

Before performing their song, “See You Again,” Wiz Khalifa and Charlie Puth spoke about what it meant to create music that paid tribute to Walker after his death in a 2013 car crash.

“A lot of people deal with losses in different ways, and this was an opportunity to be able to not only reflect on it, but to try to help people get through it. And music can make you feel better. You can express yourself,” Khalifa said. “Sometimes you might not necessarily cry when something happens, but you might hear a song and it might bring that emotion out of you. And that’s how you kind of like cleanse, and do better later, you know what I’m saying? So, to be able to have the song this powerful and the subject matter be as powerful as it is, it’s a real blessing.”

Puth says he’s humbled by the power of the song.

“I wrote that song five years ago, and here it’s taken on so many shapes and sizes and lives, much more than I ever initially ever thought it would take. So I’m very humbled by all of this,” Puth said.

Director Jon Lin, who worked with Walker says the death of Bryant serves as a reminder.

“It really just reminds you to kind of look around and appreciate everything,” he said. “I think being a big part of this family, it’s something that we can look at each other and really look back and appreciate. And as we move forward, take nothing for granted.”

Michelle Rodriguez said the new film has all the physics-defying tricks of its predecessors, and then some.

“I always wonder how they top the last one. And then I’m like, ‘Oh, so that’s how,’” Rodriguez said.

“F9: Fast and Furious 9” zooms into theaters this May.

‘Mulan’ release pushed back to August