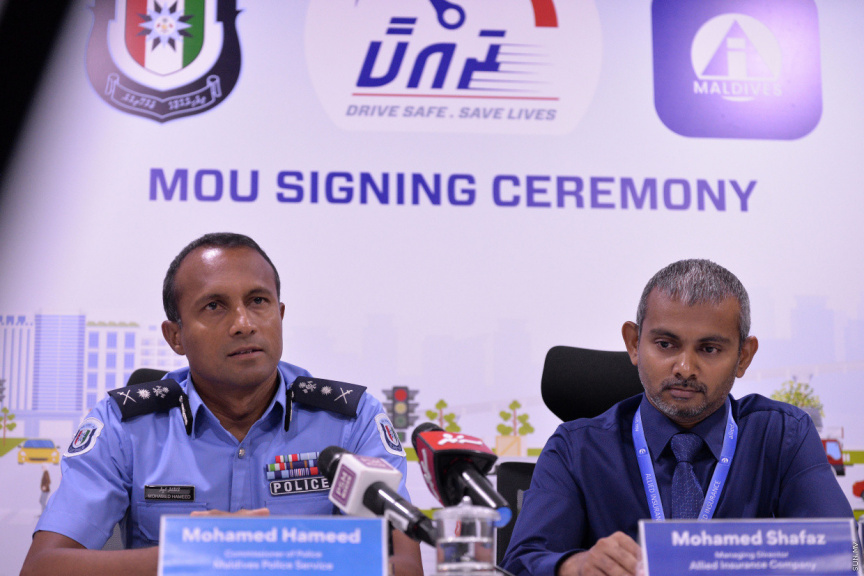 The fifth program of a campaign named “Rakkaa” by Allied Insurance Company and Maldives Police Service to create public awareness about road safety has commenced.

This is the fifth year of the campaign and it will focus on four major cities of the country.

“From creating awareness on the topic from now, it will benefit the country in the long term,” said Shafaaz.

Commissioner Hameed stated that the campaign would run throughout the year.

“This campaign has been run before, this time, the program will be held throughout the year, programs to impart our public message of awareness and sensitization will be carried out with the creativity of Allied, through this campaign.” said the Commissioner.