Court orders MNDF officer to be reinstated for unfair dismissal 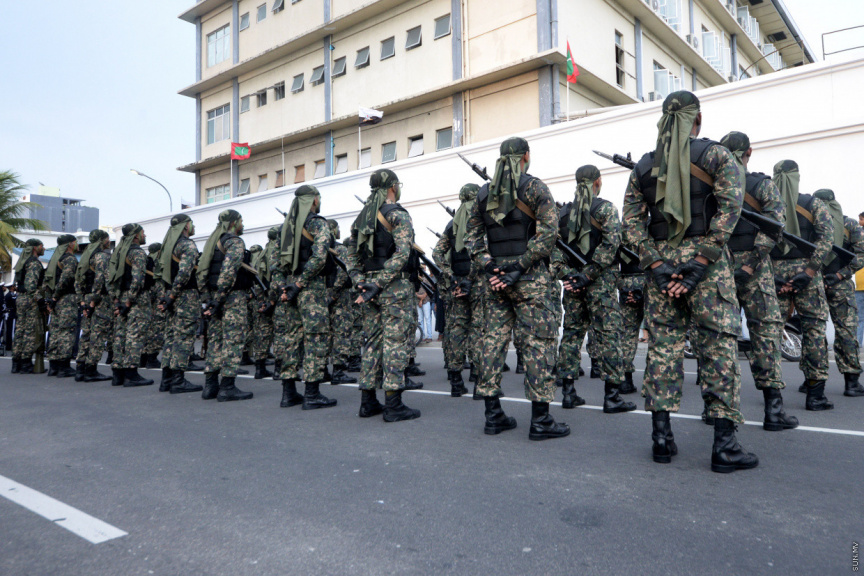 The Civil Court has ordered the Defense Ministry and state to reinstate a member of the armed forces after ruling that the officer was unfairly dismissed.

The officer has been named as Ibrahim Ali from Hithahfinivaage, G.A Dhaandhoo and was dismissed in 2013 for failing to adhere to the responsibilities and duties of MNDF officers.

Ibrahim Ali who served at the rank of staff sergeant was suspended for creating unrest within the armed forces before he was dismissed. He then took the matter to court against the Defense Ministry to be reinstated and obtain one year’s salary and amenities.

Judge Ali Abdulla stated that it was clear from the documents and statements submitted to the trial and the related laws that the dismissal of Ibrahim Ali was on unfair grounds. The court ordered the Defense Ministry to pay MVR 198, 465.5 and to reinstate the officer.

PG: No legal basis for post-conviction bail in law