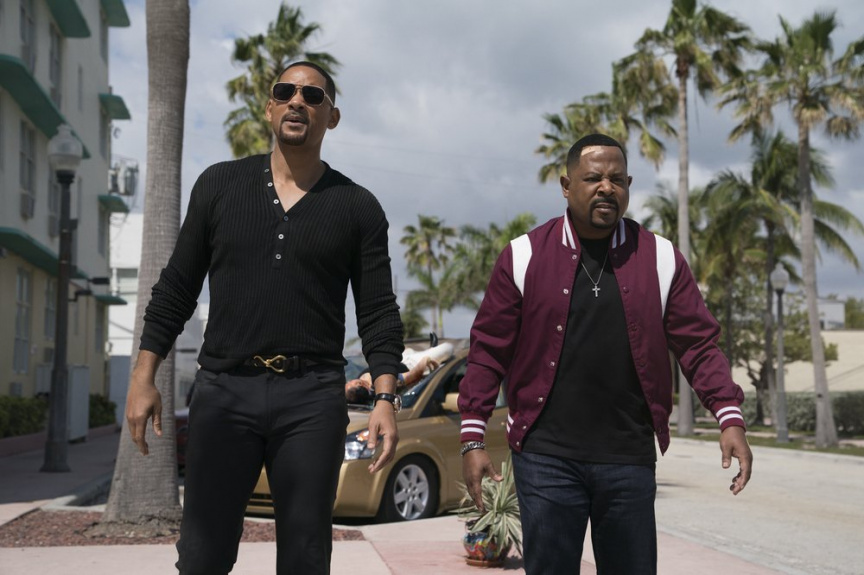 This image released by Sony Pictures shows Martin Lawrence, right, and Will Smith in a scene from "Bad Boys for Life." (Ben Rothstein/Columbia Pictures-Sony via AP)

PARK CITY, Utah (AP) — “Boys” trumped “Gentlemen” in movie theaters over the weekend as Will Smith and Martin Lawrence’s “Bad Boys for Life” easily remained the top ticket seller over newcomer “The Gentlemen.”

The third “Bad Boys” film, coming 17 years after “Bad Boys II,” sold $34 million in tickets in its second weekend, according to studio estimates Sunday. The R-rated action comedy from Sony Pictures, which cost about $90 million to make, has grossed $120.6 million in two weeks domestically.

Second place went to Sam Mendes’ “1917,” which added theaters in its fifth week of release to keep pace with its Academy Awards momentum. The film grossed $15.8 million over the weekend to bring its North American total to $103.9 million. Worldwide, it’s taken in $200.5 million.

It was a good weekend for “1917.” On Saturday night, Mendes took the top prize at the Directors Guild Awards, solidifying the World War I tale as the clear Oscar frontrunner and Mendes as the favorite for best director. The film earlier triumphed at the highly predictive Producers Guild Awards. And its venerated cinematographer, Roger Deakins, also won the American Society of Cinematographers award on Saturday.

The weekend’s top new release was Guy Ritchie’s star-studded gangster film “The Gentlemen.” The STXfilms release came in on the high side of expectations with $11 million in ticket sales. The film, a return to the criminal underworld for Ritchie (“Aladdin,” “Lock Stock and Two Smoking Barrels”), stars Matthew McConaughey as a American expat with a London marijuana empire under threat. Reviews were fairly strong for “The Gentlemen” (72% fresh on Rotten Tomatoes) though many critics saw traces of racism in the film’s depictions.

The Universal horror film “The Turning,” a modern adaptation of Henry James’ “The Turn of the Screw” that drew terrible reviews, collected $7.3 million in its debut weekend.