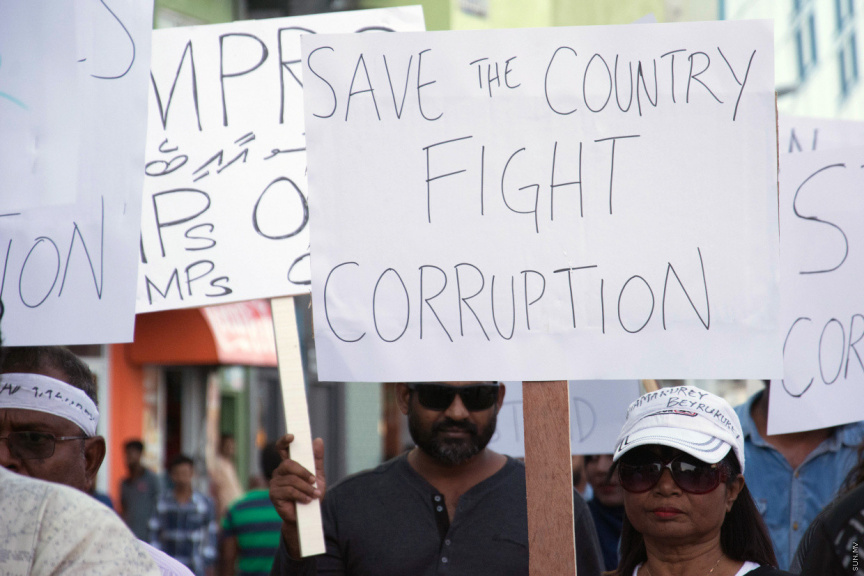 Photo shows protesters at a gathering against corruption in the Maldives. Maldives was ranked at 130 in the corruption index in 2019. (Sun Photo/Muzayyin Nazim)

The Maldives has slipped six spots in the corruption index of Transparency International.

The Maldives was ranked at 130 in the “The Corruption Perception Index” which is formed after surveys by Transparency International every year. The Maldives gained only 29 points in the year 2019.

This is a fall from the 124th spot held by the country in 2018. Only Afghanistan and Bangladesh were ranked lower than the Maldives in the region and Bhutan which is ranked 25th is the highest.

Countries that gained the same number of points as the Maldives include Mexico, Myanmar, Mali, and Togo.

Transparency Maldives commented that the index would show the influence of money in politics and political power under the laws regarding campaign financing.