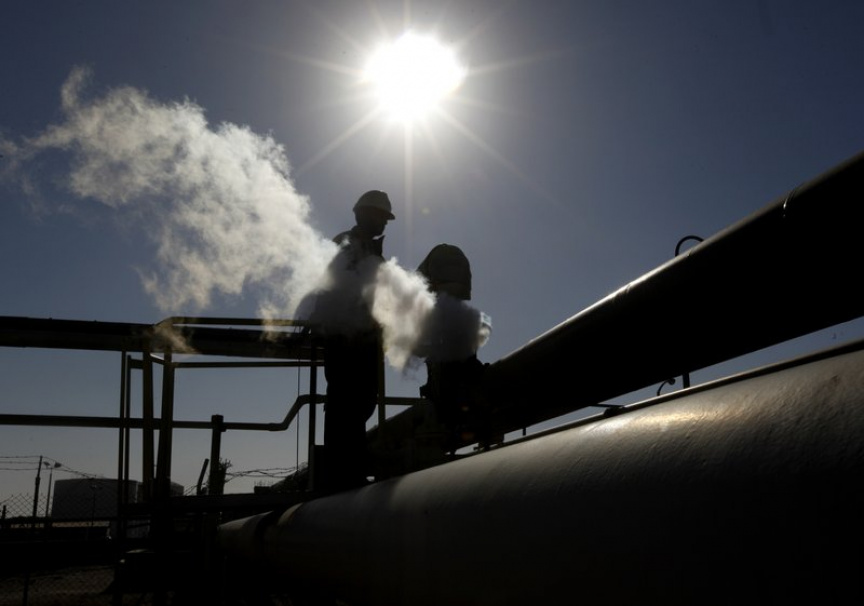 In this Feb. 26, 2011 file photo, a Libyan oil worker, works at a refinery inside the Brega oil complex, in Brega, eastern Libya. (AP Photo/Hussein Malla, File)

BENGHAZI, Libya (AP) — A move by Libya’s east-based forces to choke off oil exports from its territory threatens to throttle much of the country’s oil production, the national oil corporation said Saturday, escalating tensions ahead of an international peace summit to end the civil war.

Powerful tribal groups loyal to Gen. Khalifa Hifter, whose forces control eastern Libya and much of the south, seized several large export terminals Friday along the eastern coast as well as southern oil fields. It marked a major challenge to the rival U.N.-backed government based in Tripoli, which collects revenues from oil production.

Libya’s critical oil industry is dominated by the National Oil Corporation, which declared that the suspension of exports would prevent the company from fulfilling contracts with international oil companies.

It warned the closure of eastern port terminals under Hifter’s control would cut crude oil production by 800,000 barrels a day and estimated the country would lose $55 million in daily revenues.

In an urgent letter to Aguila Saleh, the head of the eastern-based parliament, the National Oil Corporation demanded the “immediate cancellation” of the leadership’s decision to close oil ports “for the benefit of the public.”

The suspension leaves only two oil fields operational in the country, which produce enough power to cover just a quarter of the Libyan population’s needs, the company said.

In a press conference later Saturday, LAAF described its efforts to cripple oil production as a “natural action taken by the Libyan people.”

“These are the actions of an angry and marginalized people who have closed their own resources to stop them from financing the militia groups,” said spokesman Ahmed al-Mosmari, referring to militias defending Tripoli against a months-long siege by Hifter’s forces.

Hifter’s offensive to capture the capital has threatened to plunge Libya into chaos rivaling the 2011 conflict that ousted and killed long-time dictator Moammar Gadhafi.

The U.N. mission in Libya expressed “deep concern” over the efforts to disrupt oil production, warning of “devastating consequences.” Its statement urged Libyans to “exercise maximum restraint” as international negotiations seek a resolution to the crisis.

Oil is the cornerstone of the Libyan economy and the country’s only real source of revenue.

“Oil facilities belong to the Libyan people and should not be used as a card for political bargaining,” said Mustafa Sanalla, chairman of the national corporation.

Tribal groups allied with Hifter protested at refineries, claiming the Tripoli-based government, which controls Libya’s Central Bank, has used oil revenues to pay Syrian and Turkish mercenaries. They demanded that Arab countries take a “strong and clear position” in support of Hifter’s eastern government and against “terrorist” militias.

The National Oil Corporation says it has repeatedly asked the bank for greater transparency, but did not comment on the allegations of corruption.

In its campaign against Hifter’s forces, which are backed by Egypt, Russia and the United Arab Emirates, the embattled U.N.-backed government has turned to Turkey for troops and weapons.

Turkey’s escalating involvement in oil-rich Libya, including through maritime and military agreements with the Tripoli government, has rattled eastern Mediterranean countries that see Turkey as a threat to their gas and drilling rights in the region.

The warring parties and their various international backers will convene Sunday in Berlin. The summit aims to find a political solution to the conflict and halt intensifying foreign interference in the country.

Given the mounting international pressure to solve the crisis, compromising the national economy by suspending oil production “is not a productive step at this time,” the corporation said.