Nasheed: Service charge issue to be resolved with minimum wage 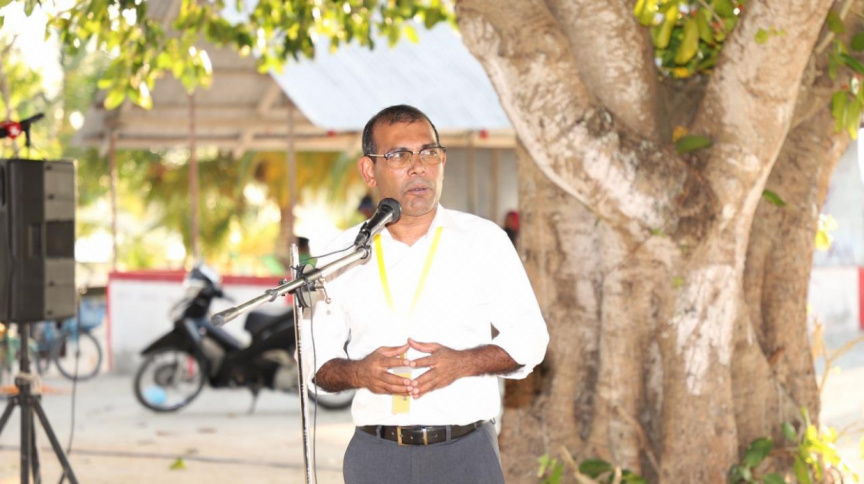 Speaker of Parliament Mohamed Nasheed is seen speaking to supporters in H. A. Baarah on January 13, 2020. Nasheed stated in MDP’s campaign tour named “Agenda 19 Rashah” for the local council elections, that the work of minimum wage was one of the most important to be planned for the year 2020. (Photo/MDP)

Former President and current Speaker of the Parliament Mohamed Nasheed has stated that the issue of service charges paid to resort employees will be resolved with the introduction of laws regarding minimum wage.

Nasheed was speaking to supporters in H. A. Baarah yesterday, during MDP’s campaign tour named “Agenda 19 Rashah” for the upcoming local council elections, when he stated that the work of minimum wage was one of the most important to be planned for the year. The speaker also stated that it was an important responsibility placed on the MPs.

Nasheed stated that some resorts in the country are treating employees unjustly when paying service charges, and noted that the issue would be resolved when minimum wage laws were introduced to the country.

He also stated that even though MDP had not made any promises regarding service charges, it was an issue that needed to be resolved through lawful means.