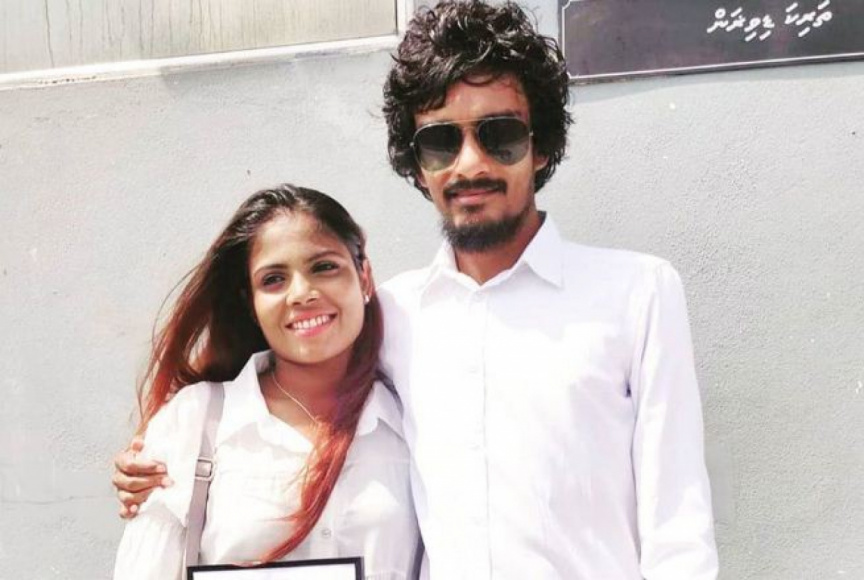 Local movie star Nuzuhath Shuaib is pictured with her husband Abdulla Shafeeu. The couple announced their marriage with this picture uploaded to Instagram showing the couple outside the Family Court on January 12, 2020.

Local movie star Nuzuhath Shuaib (Nuzu) has married Abdulla Shafeeu. She uploaded a picture and video of the couple outside the Family Court to her Instagram story today.

It is not yet known if the couple would be holding a wedding reception. Nuzu has previously stated on the “Rapid Fire” series of “Sun” last year, that she would get married in 2020.

Nuzu has enjoyed wide popularity among fans in the short period since her introduction to the movie industry from the film “Malika”. Nuzu was last seen in the movie “Bavathi” of director Ilyas Waheed, which is regarded by many as the best local movie of 2019. She gained a lot of praise for her role in the movie before also appearing in the movie “Neena”.

Nuzu was nominated for the Best Actress Award for her role in “Malika”.

Fans are congratulating the couple for their marriage.

107 to contest for city councilor seats in MDP primary