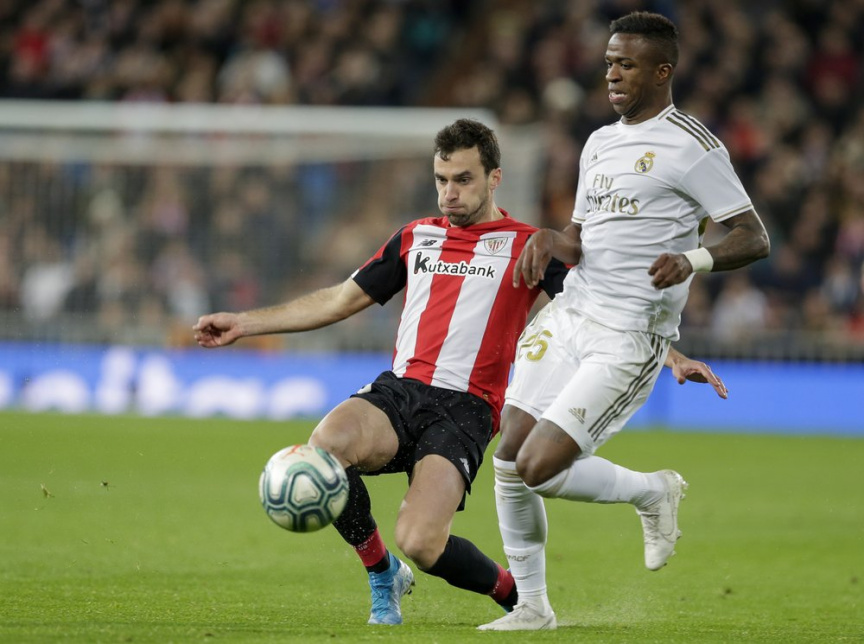 MADRID (AP) — Real Madrid is about to add another Brazilian teenager to its squad.

After signing youngsters Vinícius Júnior and Rodrygo in recent seasons, the Spanish club is close to bringing in 17-year-old Reinier from Brazilian club Flamengo. The transfer is expected to be completed in the coming days, according to Brazilian and Spanish media.

“Let’s wait and see,” Reinier said while training with Brazil’s under-23 squad on Sunday.

The pending transfer has dominated the news about Real Madrid, which is in a tight race for the Spanish league title. Madrid won 3-0 at Getafe on Saturday to move level on points with Barcelona at the top of the standings at the halfway point.

Reinier, who will soon turn 18, is a creative attacking midfielder touted as one of the most promising youngsters in Brazilian soccer. He helped Flamengo win last year’s Brazilian league and the Copa Libertadores, South America’s most important club competition.

Flamengo is the same Brazilian club where Vinícius Júnior played when he attracted Real Madrid’s attention as a teenager a few years ago. Reinier scored six goals in 15 matches as a professional with the club, Brazil’s most popular.

Like Vinícius Júnior at the time he was signed, Reinier played only a few matches as a professional before impressing Madrid and getting the Spanish powerhouse to make a bet on him.

It was a similar case with Rodrygo, who was at Santos and was also was a teen when Madrid came after him. Both initially played with Madrid’s “B” team before making their way into the main squad, and that should be the same path for Reinier if he is signed.

Just like Vinícius Júnior and Rodrygo, Reinier has been a regular with Brazil’s youth squads since an early age.