Australian flagged yacht sinks after catching fire in the Maldives 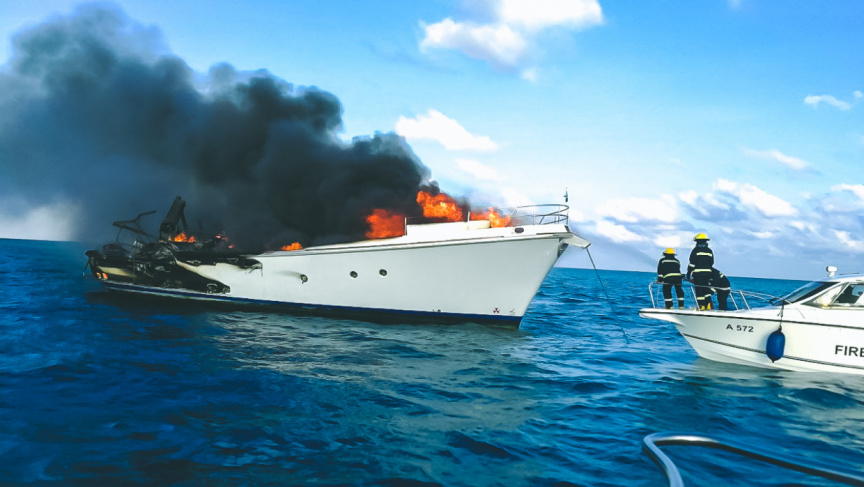 Maldives National Defense Force's firefighters at the location of an Australian yacht that caught fire in the Maldives on January 6, 2020. The yacht eventually sank after sustaining damage from the fire. (Photo/MNDF)

A yacht anchored near K. Kudavillingili has sunk after catching fire.

There were three people on board the yacht when it caught fire. The three people were quickly taken on to a safari boat in the area when the fire started to ravage the yacht. None of them suffered any serious injuries and have now been taken to the health center in the nearby island of K. Thulusdhoo.

The Australian flagged yacht was named “Verita” and the three people on board are also Australian nationals. Authorities are yet to determine the cause of the fire.