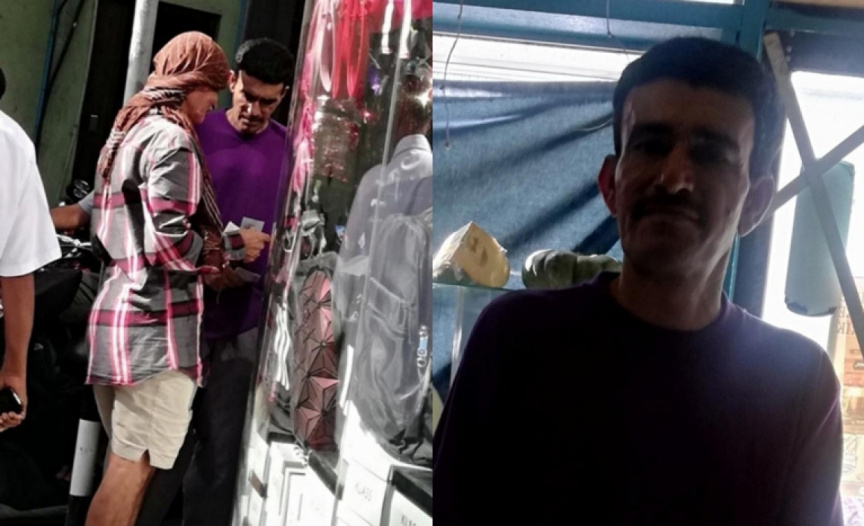 A crew member of the Iranian boat seized by MNDF on November 3, 2019 was pictured begging on the streets of Male' city. (Photo/Social Media)

Police have stated that Immigration officials refused to take the crew of the Iranian “drug” boat seized by MNDF last month, into custody.

MNDF seized the boat near A.Dh. Atoll after it was found drifting at sea due to an engine failure. MNDF initially stated that the drugs were found from the boat, but the statement was later denied by Police.

Police stated that the crew of the boat were released by the court and were no longer under the custody of the Police.

The Prosecutor General’s Office had also ordered the deportation of the men, according to Police who also added that work to hand the men over to Immigration was commenced on December 17.

However, Immigration officials refused to receive the men after citing a lack of space in the detainment center, according to Police. The men were later pictured in different areas of Male’ city, begging people for food and money.

Gender investigating case of minors abused on a boat