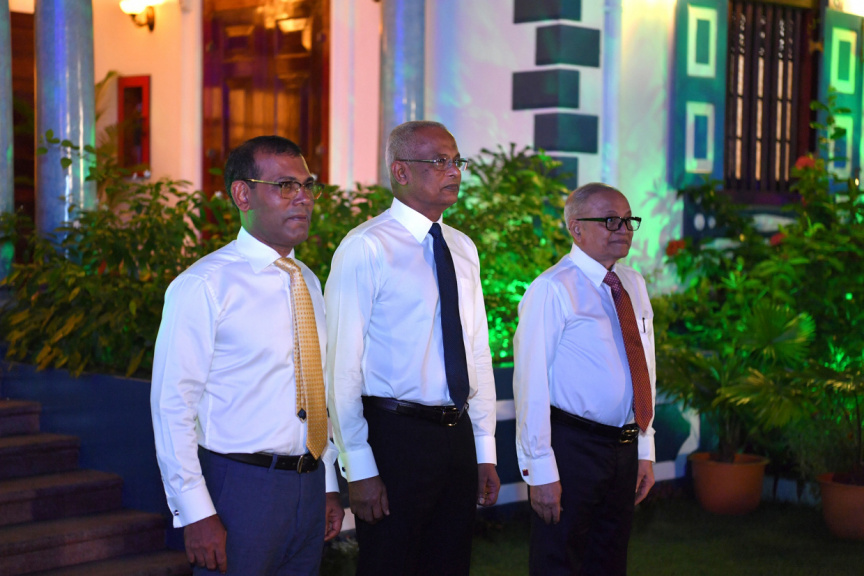 MRM’s interim leader, President Maumoon Abdul Gayoom, on Monday, urged the entire nation to pay attention to the information disclosed by Commissioner of Police Mohamed Hameed regarding ISIS operations in the Maldives.

Information on previously undisclosed information regarding ISIS operations in Maldives, including foiled plots to detonate IEDs, was disclosed by Hameed during a panel discussion on counter-extremism held on Day 2 of the Viyavathi Raajje Councilors’ Conference.

Hameed said that total 423 Maldivian citizens attempted to travel to Syria and Iraq to join rebel groups, out of whom 173 succeeded.

He said that hundreds of Maldivian citizens had been radicalized to the level that they would not hesitate to take a life.

“There are among us nearly 1,400 Maldivian citizens across the Maldives who have been radicalized to the level that they would not hesitate to kill the person next to them,” said Hameed.

Maumoon, in a short statement via his official Twitter account, urged the Maldives to pay attention to this information.

“The information disclosed by the Police Commissioner today regarding terrorist activities by the IS in Maldives is ominous. The entire nation needs to pay attention to this,” said Maumoon.

It had been during Maumoon’s presidency, on September 29, 2007, that a group of Maldivian citizens detonated an IED inside the Sultan’s Park resulting in injuries to 12 tourists; as well as the violent clashes between security forces and a group of religious separatists in A. A. Himandhoo on October 9, 2007 – among them suspects in the Sultan’s Park bombing and others wanted in connection to other crimes.

National Counter-Terrorism Center (NCTC) reports that only 81 of the 173 Maldivian citizens who went to Syria and Iraq had survived – 73 of whom are women and children – and being held at detention camps in Syria.