Researcher freed from Iran urges release of other prisoners 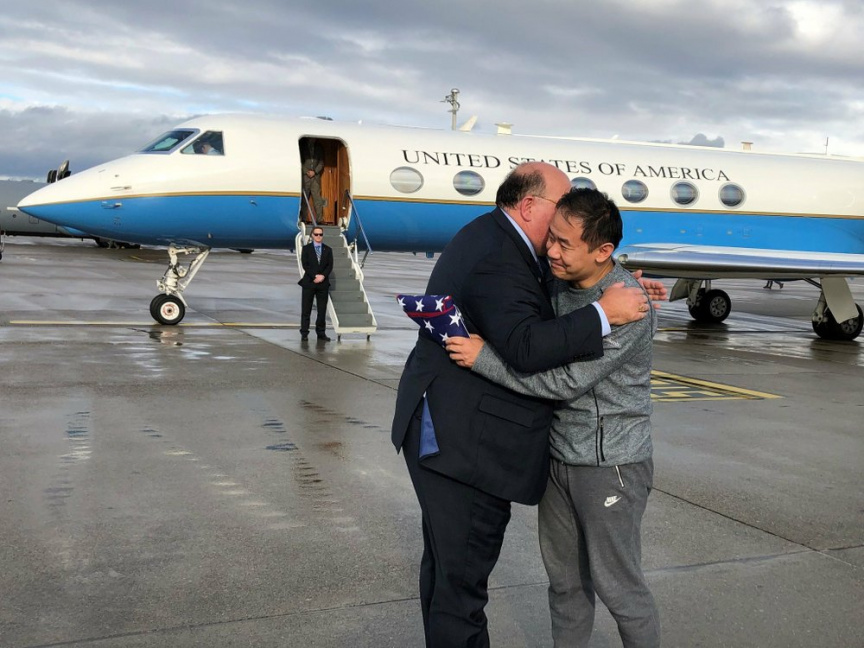 WASHINGTON (AP) — A Princeton University scholar who was freed from Iran this month after three years in captivity said Monday that his release “is a victory of humanity and diplomacy across nations and political differences.”

Xiyue Wang and his wife, Hua Qu, said in a statement to The Associated Press that the family is doing well and overjoyed by the support they have received. They say their joy is tempered by the fact that other prisoners remain in Iran.

Wang was released on Dec. 7 as part of a prisoner exchange that saw America release a detained Iranian scientist. It was a rare diplomatic breakthrough between Tehran and Washington after months of tensions.

“Xiyue’s release is a victory of humanity and diplomacy across nations and political differences,” the couple said in a statement. “We urge world leaders to come together and find the compassion and common ground to free all political prisoners as soon as possible. Where there is a will, there is a way.”

Wang, a Chinese-American academic, was arrested in Iran in 2016 while conducting research for a doctorate in late 19th- and early 20th-century Eurasian history, according to Princeton. He was sentenced to 10 years in prison there for allegedly “infiltrating” the country and sending confidential material abroad.

Wang’s family and Princeton strongly denied the claims. The United Nations’ Working Group on Arbitrary Detention said “there was no legal basis for the arrest and detention.”

The prisoner trade took place on the tarmac of a Swiss airport, and Wang and Qu on Monday thanked officials in both the United States and Switzerland for facilitating it.

He was freed in exchange for scientist Massoud Soleimani, who was accused in the U.S. of violating sanctions by trying to have biological material brought to Iran.

Multiple other hostages and detainees remain in Iran. They include Robert Levinson , a former FBI agent who vanished in Iran in 2007, as well as U.S. Navy veteran Michael White, who is serving a 10-year espionage sentence.