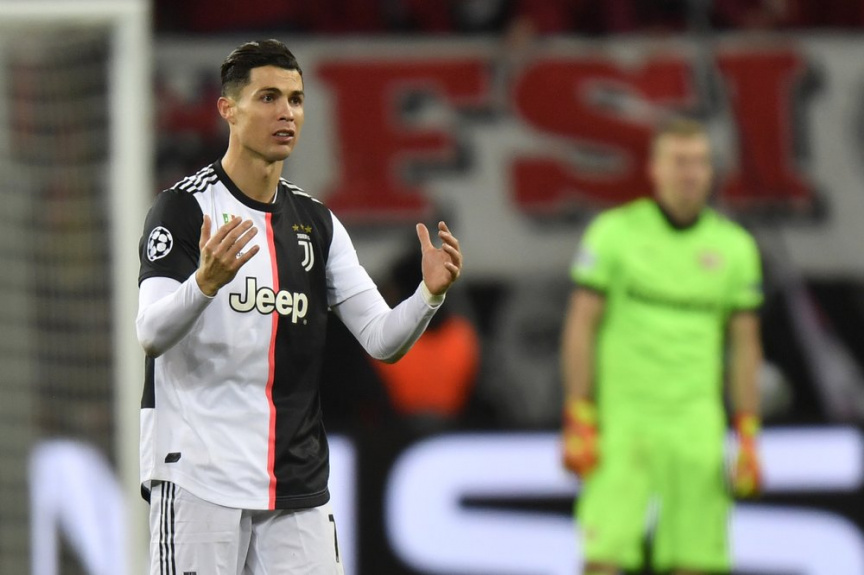 Juventus was already assured of topping Group D and seemed sluggish at times in Germany, before Ronaldo scored from close range off substitute Paulo Dybala’s cross in the 75th minute. It was the Portuguese star’s second goal in the Champions League this season.

Gonzalo Higuain made it 2-0 in stoppage time after another assist from Dybala as Juventus bounced back from its first loss of the season against Lazio on Saturday.

“We struggled a bit in the first half with the approach but we played much better in the second and deserved to win,” Higuain said. “We wanted a win after losing for the first time at the weekend.”

Leverkusen had a slim chance of qualifying but needed to beat Juventus and hope Atletico Madrid failed to defeat Lokomotiv Moscow at home in the night’s other Group D game.

Hope faded fast for Leverkusen as Joao Felix’s 17th-minute penalty put Atletico on the way to a 2-0 win. The German club finishes third in the group.

Even with little chance of going through, Leverkusen put in one of its better performances of a group stage campaign which begun with three straight defeats.

Only a last-ditch tackle from Merih Demiral stopped Leverkusen taking the lead just before halftime, the Turkish center-back timing his challenge perfectly to dispossess Kai Havertz in front of goal without conceding a penalty.

Despite his goal, it was a mixed night for Ronaldo, who couldn’t quite reach a low cross in front of an open goal in the 11th minute and shot wide 10 minutes after that.