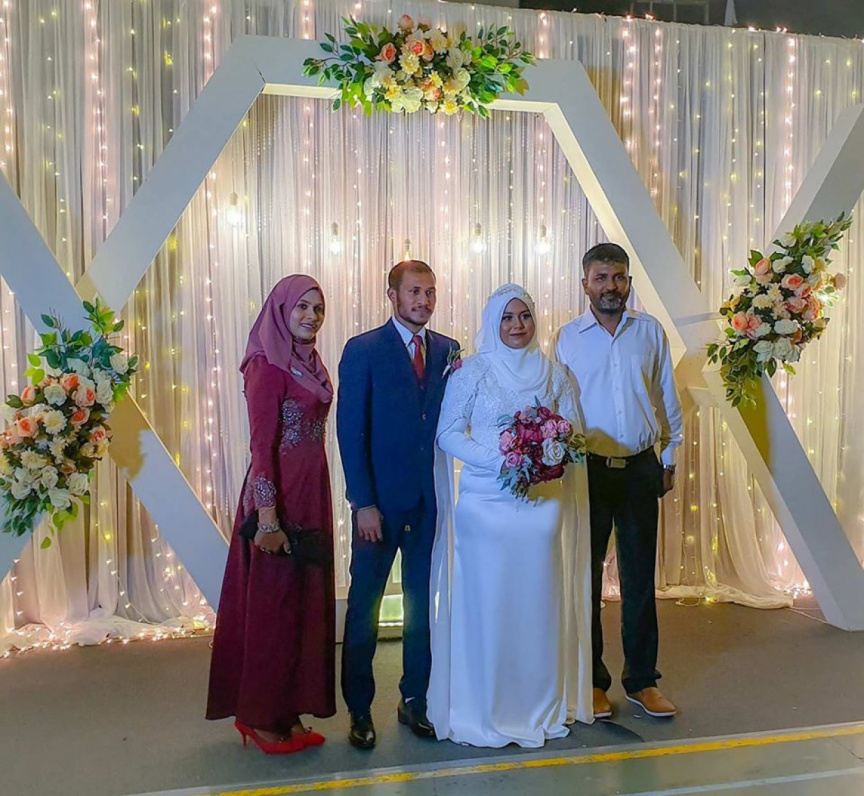 Hamza Mohamed (Hampu), 24, (CL) and his bride Aishath Shahuma (CR) pose for pictures with guests at their wedding reception on November 29, 2019. (Photo/Facebook)

A rising star in the Maldivian national football squad, Hamza Mohamed (Hampu), 24, has gotten married to his girlfriend Aishath Shahuma.

The couple’s wedding reception was held at the Thajuddin School hall last Friday evening, and was attended a large number of local footballers.

Hampu is on the under 23 national squad selected to compete in the South Asian Games scheduled to begin in Kathmandu, Nepal on December 13.

He has also been making regular appearances on the senior squad, and has lately become indispensable.

Hampu left New Radiant SC, for which he played for five years, for Maziya SC earlier this year.