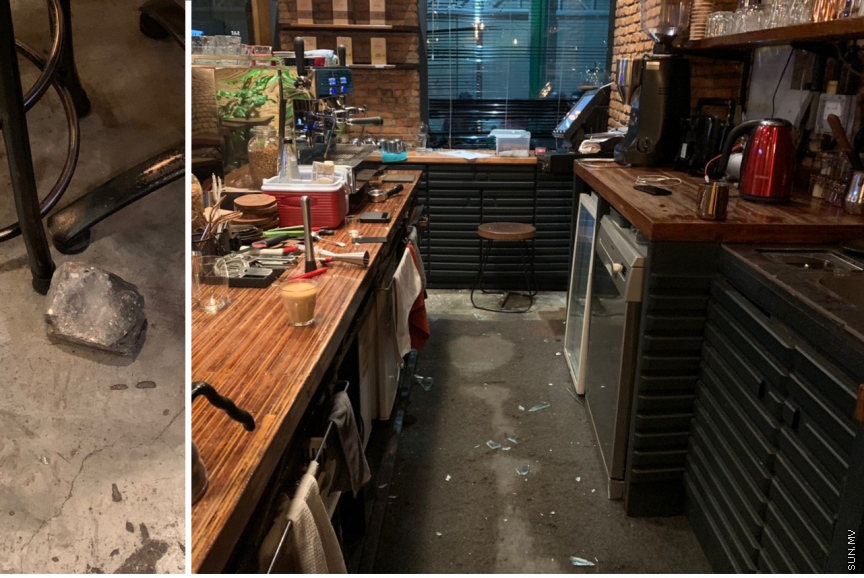 November 23, 2019: The Meraki Coffee Roasters was vandalized by men who smashed the windows of the cafe' before leaving a threatening message. (Sun Photo/Mohamed Muzayyin Nazim)

Police have made two arrests in connection with the attack on the “Meraki Coffee Roasters” last Saturday.

The incident had come on the heels of a heated social media debate regarding a local young woman who has been criticized by some people for dressing as a man. The criticism also prompted a response from people supporting her on social media by using the hashtag #suitsme.

Police Commission Mohamed Hameed tweeted that the people two had been arrested last night in connection with the attack.

An eye witness at the scene during the attack informed “Sun” that the attackers arrived on motorcycles.

Home Minister: Several locals flagged for links with IS