Hong Kong leader refuses to give ground after poll setback 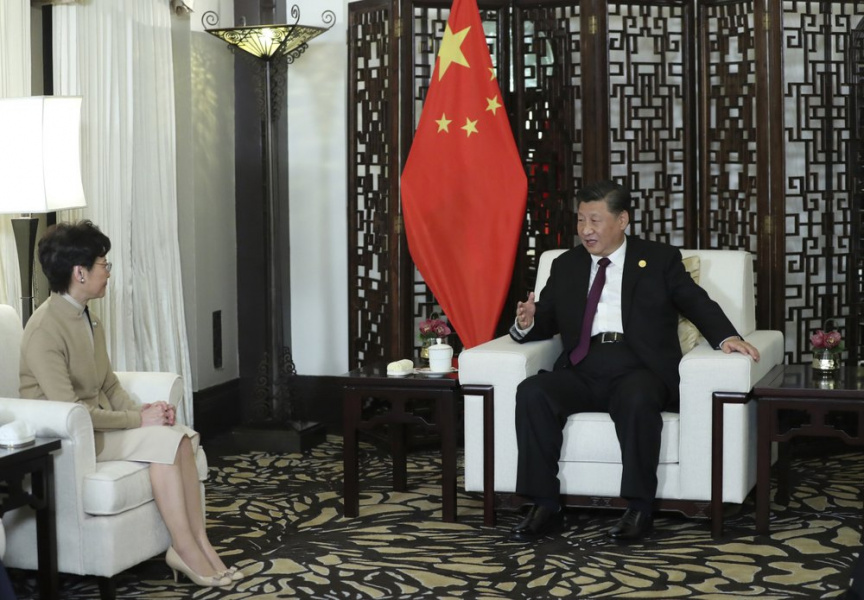 Lam said the central government in Beijing didn’t blame her for the election outcome. Nearly 3 million voters cast their ballot in a record turnout that gave the pro-democracy bloc a landslide victory with 90 percent of seats and control of 17 out of 18 district councils.

The low-key race was viewed as a barometer for public support for more than five months of pro-democracy protests.

Lam said Sunday’s election may have reflected unhappiness with the government handling of the unrest but it also showed that many people want a stop to violence.

In early September when she withdrew an extradition bill that sparked the unrest, Lam said she had also given a detailed response to protesters’ other demands including free elections for the city’s leader and legislature, as well as a probe into alleged police brutality.

She said the government hopes to take advantage of the current lull in violence to implement measures listed then including accelerating public dialogue and setting up an independent review committee to identify deep-seated societal issues to find a way out.

“The next step to go forward is really, as you have put it, to engage the people. And we have started public dialogue with the community. But unfortunately, with the unstable environment and a chaotic situation, I could not do more on that sort of engagement. I hope that the environment will allow me to do it now,” she said.

“Let me just stress that after these five-six months, Hong Kong people have realized very clearly that Hong Kong could no longer tolerate this chaotic situation,” she said. “Please help us to maintain the relative calm and peace that we have seen in the last week or so and provide a good basis for Hong Kong to move forward.”

Some pro-establishment figures have pointed fingers at Lam for their loss, while the pro-democracy camp has asked her to step down.

US criticizes China for abuses revealed by leaks