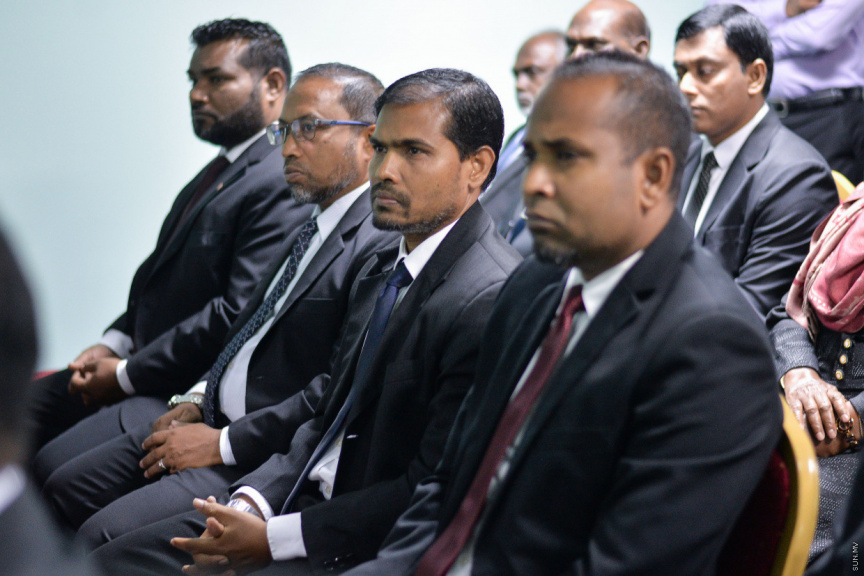 Judicial Service Commission (JSC) has made the decision to seek parliamentary approval to award local magistrates a monthly phone allowance of MVR 500.

JSC, at its meeting on August 7, decided that magistrates must also be awarded a monthly phone allowance.

JSC followed up on its earlier decision, and decided on a monthly phone allowance of MVR 500 to magistrates at its meeting in L. Fonadhoo this Sunday.

JSC has also decided to instruct the Department of Judicial Administration (DJA) to formulate policies regarding training programs for sitting judges.

According to JSC, the policies will expand training opportunities for judges.

JSC’s meeting in L. Fonadhoo is its first meeting outside of the capital, Male’ City. JSC members are in L. Atoll to attend a seminar on the juvenile justice system.