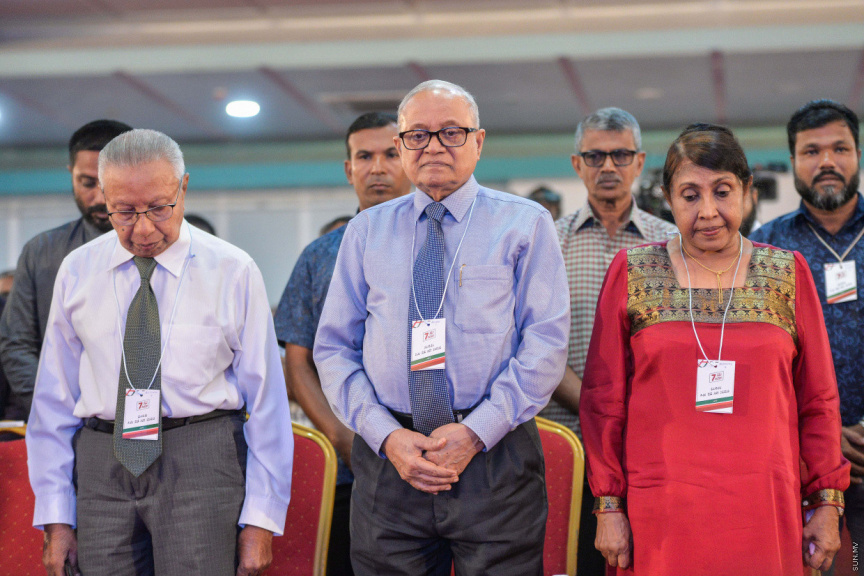 EC reports MRM will receive its certificate of registration on Monday, November 25.

It held its inaugural meeting on November 7, during which it elected Maumoon as its interim leader, elected its interim executive council, and unveiled its official logo, party color, and its standing orders.

Maumoon had run for the position of interim leader uncontested. He was elected with a yes or no vote taken among the party’s members present during its inaugural meeting.

Its logo is designed in green and gold.

MRM’s standing orders holds 10 chapters and 40 articles, and promotes gender parity within the affairs of the party. It also establishes the age category of a ‘young person’ as 18 to 30 years of age.

The party’s standing orders is now open to suggestions by its members, which will be evaluated by its interim executive council, and forwarded to the congress.

EC had originally issued the permit to form MRM to Higher Education Minister Dr. Ibrahim Hassan. However, the permit was cancelled after MRM failed submit 3,000 membership forms – the minimum membership requirement – within the given time frame.

MRM later re-applied for the permit under the name of Heritage Minister Yumna Maumoon – Maumoon’s daughter.

The first political party which Maumoon founded was Dhivehi Rayyithunge Party (DRP), which he left following conflicts with its then-leader Thasmeen Ali. The decision by Maumoon to leave DRP created a rift within DRP – leading to the formation of Progressive Party of Maldives – founded by Maumoon and joined by his loyalists within DRP.

Maumoon announced his decision to form a new political party in January, after he lost the lengthy court battle over the ownership of PPM to Yameen.

Local Council Election to be held on April 4