Turkey says it captured slain IS leader’s sister in Syria 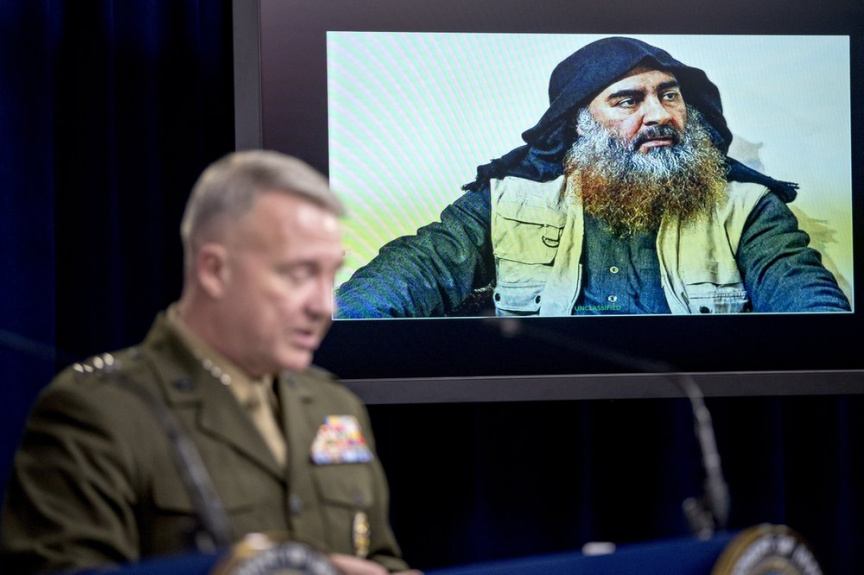 BEIRUT (AP) — Turkey captured the elder sister of the slain leader of the Islamic State group in northwestern Syria on Monday, according to a senior Turkish official, who called the arrest an intelligence “gold mine.”

Little is known about the sister of Abu Bakr al-Baghdadi. The Turkish official said the 65-year-old known as Rasmiya Awad is suspected of being affiliated with the extremist group. He did not elaborate.

Awad was captured in a raid Monday evening on a trailer container she was living in with her family near the town of Azaz in Aleppo province. The area is part of the region administered by Turkey after it carried out a military incursion to chase away IS militants and Kurdish fighters starting 2016. Allied Syrian groups manage the area known as the Euphrates Shield zone.

The official said the sister was with her husband, daughter-in-law and five children. The adults are being interrogated, he said, speaking on condition of anonymity in line with government protocol.

“This kind of thing is an intelligence gold mine. What she knows about (IS) can significantly expand our understanding of the group and help us catch more bad guys,” the official said.

Al-Baghdadi, an Iraqi from Samarra, was killed in a U.S. raid in the nearby province of Idlib last month. The raid was a major blow to the group, which has lost territories it held in Syria and Iraq in a series of military defeats by the U.S-led coalition and Syrian and Iraqi allies.

Many IS members have escaped through smuggling routes to northwestern Syria in the final days of battle ahead of the group’s territorial defeat earlier this year, while others have melted into the desert in Syria or Iraq.

The reclusive leader al-Baghdadi was known to be close to one of his brothers, known by his nom de guerre Abu Hamza.

Al-Baghdadi’s aide, a Saudi, was killed hours after the raid, also in northwestern Syria, in a U.S. strike. The group named a successor to al-Baghdadi days later, but little is known about him or how the group’s structure has been affected by the successive blows.

US growth of Islam creates need for religious scholars