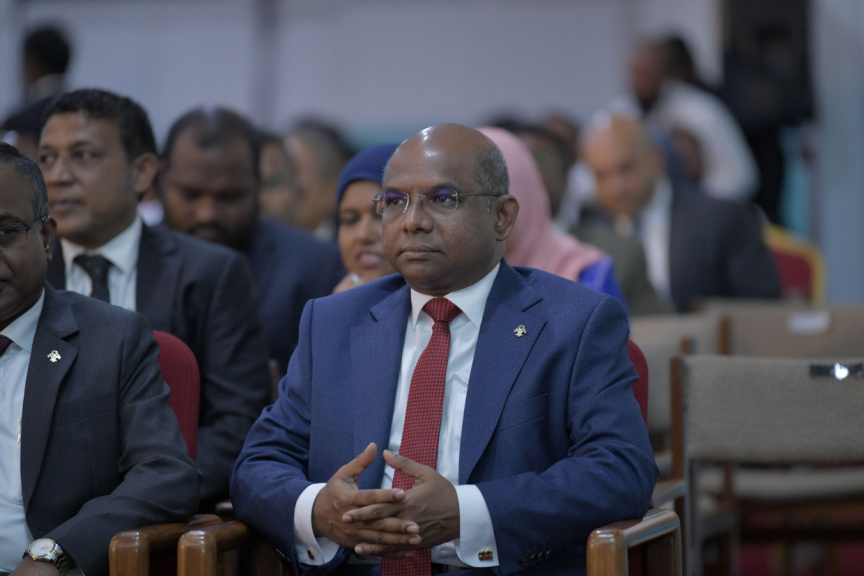 Foreign Minister Abdulla Shahid says the foiled coup plot of November 3, 1988 had served to showcase the special threats and vulnerabilities facing Maldives and other small states.

He made the observation in his statement on occasion of the 31st Victory Day, this Sunday.

The coup attempt of 1988 to overthrow then-President Maumoon Abdul Gayoom’s administration marked one of the bloodiest days in Maldivian history. The coup was staged by Abdulla Luthfee and Sagar Ahmed Nasir – who hired armed mercenaries from the Tamil secessionist organization, People's Liberation Organization of Tamil Eelam (PLOTE).

The ensuing bloodbath cost the lives of 19 Maldivian citizens; 11 civilians and eight soldiers.

Shahid said that realization of the vulnerability of Maldives and other small states following the 1988 coup plot spurred Maldives take up the issue at the United Nations – resulting in multiple resolutions on the security of small states and their vulnerability to external threats.

“The Maldives efforts in this regard, helped change the discourse on how small states are viewed and discussed in the international security debate,” he said.

He thanked the fallen MNDF officers who sacrificed their lives for the nation, and the civilian lives lost in the bloody coup attempt.

“On the 31st anniversary of Victory Day, we honor those who made the ultimate sacrifice for this nation. Today, the brave martyrs of the Maldives National Defense Force, and civilians are remembered with abundant love. We are grateful that such heroic people were amongst us. We honor all those who undertook the duties entrusted to them with unwavering dedication and dignity and fought to preserve the sovereignty of this nation,” said Shahid.

He also thanked the Indian government for lending its military support to foil the coup.

“It is a day to value true friends and partnerships. The invaluable military support of the Indian Government on 3rd November 1988 remains etched in our hearts. Our highest gratitude and deepest appreciation shall never diminish,” said Shahid.

He stressed the need to build national resilience, and invest in ties with the international community in order to counter the emerging external security threats of the 21st century.

“We shall, with resolute dedication, continue to work towards protecting our sovereignty and independence, through further engagement and enhanced cooperation with our friends and partners,” he said.