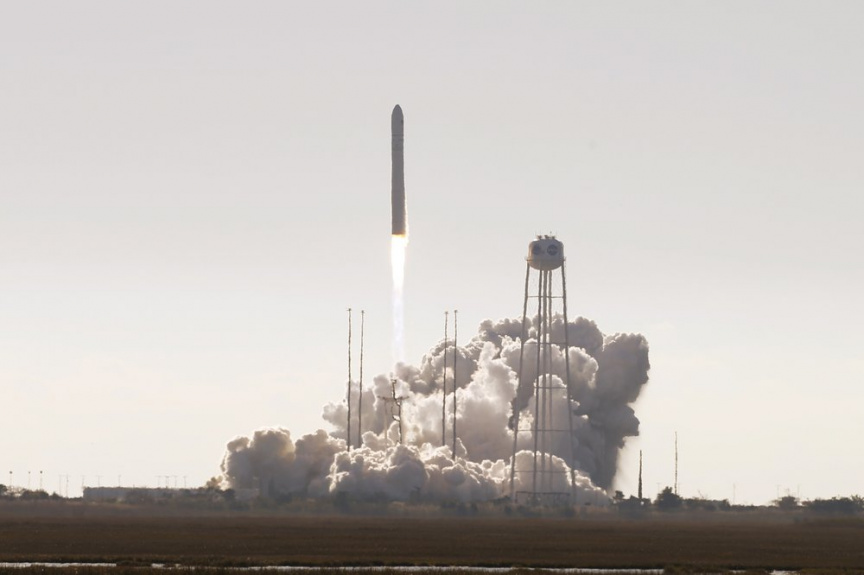 A supply ship rocketed toward the International Space Station on Saturday with sports car parts, an oven for baking cookies and a vest to protect against radiation.

“Good launch all the way around,” a ground controller observed.

The space station’s astronauts will test the oven by baking chocolate chip cookies and try out the new safety vest to gauge its comfort. Both experiments are seen as precursors to moon and Mars journeys.

Other newly arriving equipment will be used in a series of NASA spacewalks later this month to fix a key particle physics detector. Parked outside the space station since 2011, the Alpha Magnetic Spectrometer needs new cooling pumps to continue its search for elusive dark matter and antimatter.

Italy’s Lamborghini is also along for the ride. It’s sending up samples of carbon fiber used in its sports cars for six months of direct space exposure. Researchers are considering the materials for medical implants.

Like space, the insides of a person’s body are an extreme environment, explained Houston Methodist’s Alessandro Grattoni, who is collaborating with Lamborghini on the experiment. As a nanomedicine specialist, he said Friday he’s continuously on the lookout for new materials for devices that are inserted beneath the skin. These minuscule implants release therapeutic drugs to treat cancer, hormone deficiencies and other illnesses.

Northrop Grumman is now controlling two Cygnus capsules in orbit, a first for the Virginia-based company. Named for the swan constellation, the Cygnus launched last spring is flying free of the 250-mile-high (400-kilometer-high) space station, after completing its grocery run. It will be directed to a fiery re-entry sometime in the near future, taking station trash down with it, according to company officials.

The newest Cygnus is officially called the S.S. Alan Bean after the Apollo 12 astronaut who became the fourth man to walk on the moon 50 years ago this month. He later commanded NASA’s first space station, Skylab, and became known for his cosmic-themed paintings. He died last year.

NASA has contracted with Northrop Grumman and SpaceX to keep the space station stocked. This is Northrop Grumman’s 12th successful Cygnus flight since 2013. The company has upgraded both its Cygnus and Antares rocket to haul more cargo from NASA’s Wallops Flight Facility on the eastern Virginia shore.

The space station is currently home to three Americans, two Russians and one Italian.