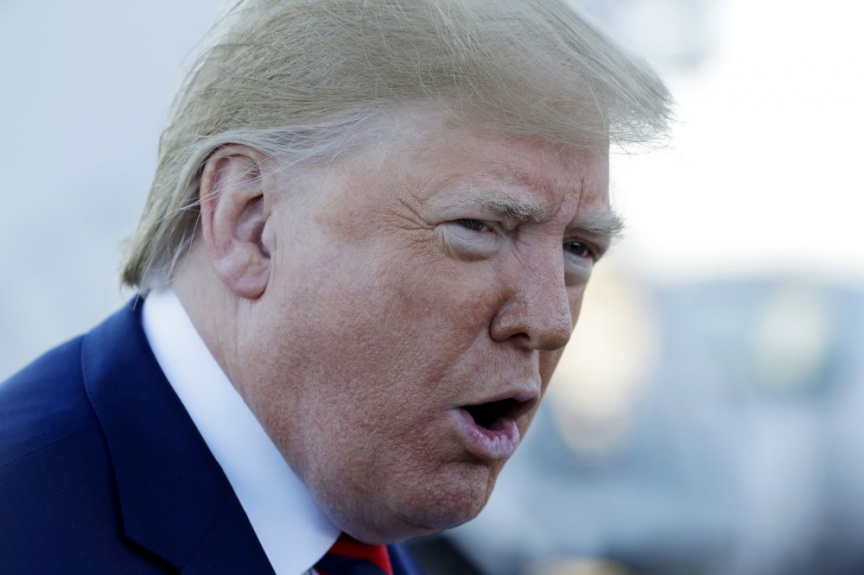 President Donald Trump talks to reporters before boarding Air Force One for a trip to Chicago to attend the International Association of Chiefs of Police Annual Conference and Exposition, Monday, Oct. 28, 2019, in Andrews Air Force Base, Md. (AP Photo/Evan Vucci)

WASHINGTON (AP) — An Army colonel at the National Security Council says he raised concerns twice over the Trump administration’s effort to have Ukraine investigate Democrats.

In prepared testimony, Vindman says he first reported his concerns after a July 10 meeting in which a U.S. ambassador, Gordon Sondland, stressed the importance of having Ukraine investigate the 2016 election as well as a company linked to the family of 2020 Democratic presidential candidate Joe Biden.

Vindman says he and others listened in the Situation Room as Trump spoke with Ukraine’s president on July 25 and pushed for investigations. In his prepared testimony, Vindman says he reported his concerns to the NSC’s lead counsel.

In Chicago, Trump calls the city an embarrassment to US