For an encore, ‘Joker’ is No. 1 again at the box office 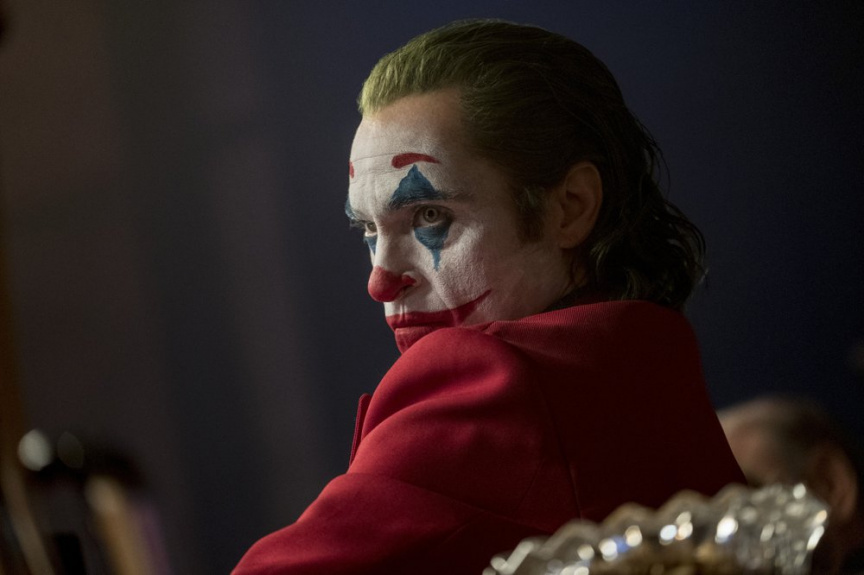 This image released by Warner Bros. Pictures shows Joaquin Phoenix in a scene from "Joker," in theaters on Oct. 4. Alarmed by violence depicted in a trailer for the upcoming movie “Joker,” some relatives of victims of the 2012 Aurora movie theater shooting asked distributor Warner Bros. on Tuesday to commit to gun control causes. Twelve people were killed in the suburban Denver theater during a midnight showing of the Batman film, “The Dark Knight Rises,” also distributed by Warner Bros. (Niko Tavernise/Warner Bros. Pictures via AP)

That came in just above the $18.6 million haul for the Walt Disney Co.’s “Maleficent” sequel, which slid to second after a disappointing No. 1 debut last weekend of $36 million. “Mistress of Evil,” starring Angelina Jolie, is performing better overseas, where it grossed $64.3 million over the weekend.

With such a close race at the top between “Joker” and “Mistress of Evil,” the order could switch when final figures are released Monday.

But ticket sales have continued to surge well past expectations for “Joker.” With a modest budget of $60 million, it’s been extraordinarily profitable for Warner Bros. — although the studio, to mitigate risk, shared costs with Bron Studios and Village Roadshow Pictures.

This week, “Joker” became the most successful R-rated moved ever, not accounting for inflation, in worldwide release. It’s made $849 million globally, including $47.8 million internationally over the weekend. (Mel Gibson’s “The Passion of the Christ” remains the R-rated domestic leader, with $370.8 million.)

Despite mixed reviews, “Joker” — a “Taxi Driver”-styled spin on a comic-book origin story — has already amassed a box-office total exceeding that of more mainstream superhero movies such as “Thor: Ragnarok” and “Wonder Woman.”

Holding especially well was “The Addams Family,” United Artists and MGM’s Halloween-timed animated reboot of the macabre family. It slid just 28% in its second weekend with $11.7 million, good for third place

Much of the weekend’s action was in limited or expanding releases for acclaimed Oscar contenders.

Robert Eggers’ “The Lighthouse,” a black-and-white psychological drama starring Willem Dafoe and Robert Pattinson as 19th century lighthouse keepers, made $3 million on just 586 screens for A24.

Taika Waititi’s “Jojo Rabbit,” about a 10-year-old boy growing up in Nazi Germany, expanded into 55 theaters, earning a strong $1 million. In September, the Fox Searchlight release won the Toronto Film Festival’s highly predictive audience award , setting it up as a potential Academy Awards favorite. Its initial expansion suggests it will be a hit with audiences, too.

Alfonso Gomez-Rejon’s “The Current War” also finally landed in theaters more than two years after it first premiered. Gomez-Rejon recut his film after Harvey Weinstein, shortly before his downfall, pushed out a critically panned version of the Thomas Edison (Benedict Cumberbatch) and George Westinghouse (Michael Shannon) tale. Gomez-Rejon’s “director’s cut,” which 101 Studios acquired from the now-defunct Weinstein Co., opened with $2.7 million from about 1,000 theaters.

“Terminator: Dark Fate,” which is expected to lead the box office next weekend, got off to a $12.8 million start in a handful of international markets before its stateside debut.