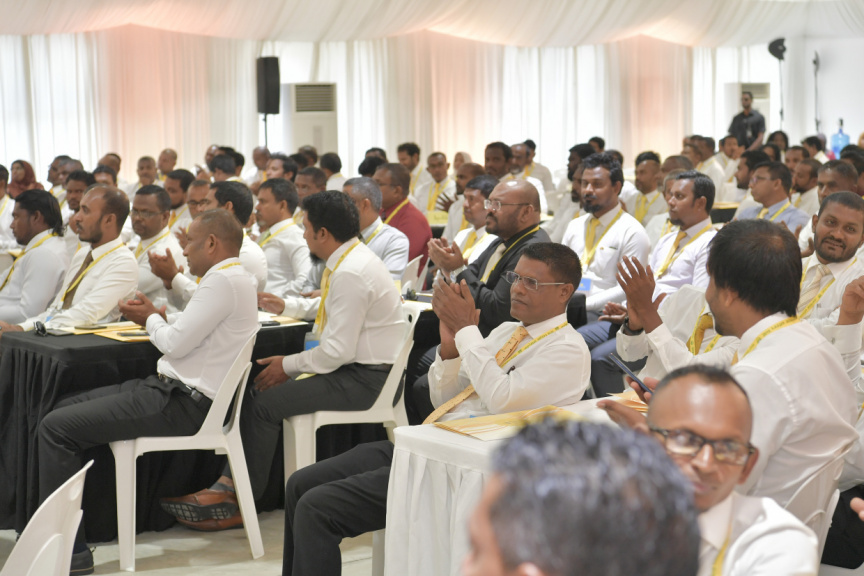 MDP Councillors conference: The party has issued a statement cautioning its elected members against activity that encourages opposition on October 25, 2019. (Photo/President's Office)

Maldivian Democratic Party (MDP) has cautioned its elected members not to express themselves in a manner that would encourage the opposition.

The main party in the governing coalition issued this caution during a time when a large number of the public has expressed outrage over a controversial report by the Maldivian Democracy Network (MDN). Some members of MDP has also issued statements against the organization.

“MDP wishes its elected members and party members not to issue statements that encourage the activities of opposition party members.” A tweet by the party read.

This caution by MDP also coincides with a massive social media campaign to ban MDN and MDP has previously set out a statement saying that it opposed the dissolving of private organizations and halting their works. MDP also stated that speech that created enmity in the community would eventually lead to the loss of peace in the country and that it expressed sorrow that situations were being used to create chaos in the country.